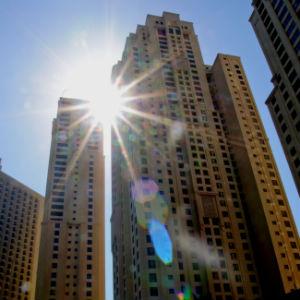 Dubai has been ranked as the most transparent real estate market in the Middle East and North Africa (MENA), according to the latest global transparency index released by Jones Lang LaSalle (JLL).

Dubai ranked 47th out of 97 countries on the biennial global index with a composite score of 3.05, and was followed by Abu Dhabi at 52.

“Dubai is MENA’s most developed real estate market and remains the regional benchmark for transparency. While there have been no major new initiatives, modest gains in the areas of transactions process and property management have resulted in Dubai registering an improvement since 2010,” said the report.

However, the Dubai market continues to lag on the ‘market fundamentals’ and ‘performance measurement’ criteria, it said.

“Outside of the residential sector there are no investment performance indices available to potential investors and the quality of market data remains poor. Improvements in these areas is required.”

But the UAE cities were the only ones from the region that qualified as ‘transparent’ in the index.

The other GCC states including Bahrain at 63, Saudi Arabia at 64, Kuwait at 67, Qatar at 72 and Oman at 74 were all classified as ‘semi-transparent.’

Despite improvements in 12 of the 15 regional markets since 2010, MENA remains one of the least transparent regions in the world.

“The pace of transparency improvement in the MENA markets has been slower than in other regions,” said the report.

“There is an increased recognition of the importance of improving market transparency but this has yet to result in much firm action. Outside of the UAE, improving transparency is not seen as a priority and few major new initiatives have been introduced since 2010,” it added.

The only exception is Lebanon which features among the top 10 improvers and is attracting greater interest from institutional players.

On the other hand, Egypt is the only market globally to register deterioration in transparency over the past two years.