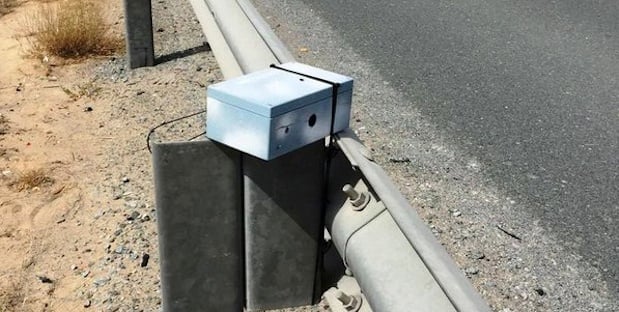 The radar’s first prototype was installed on Emirates Road and successfully recorded several violations in two hours, a statement said.

Al Muzainah said drivers committing hard shoulder offences will face a fine of Dhs 600 and have their vehicles impounded for 30 days. They will also have six black points added to their traffic record.

He added that the police are keen to “diversify the methods of monitoring the roads in the emirate to detect violations and save lives.”

Traffic accidents killed 64 people during the first four months of this year – up 30 per cent compared to the same period last year, it was reported earlier this month.

Dubai to deploy drones to catch people littering the city

One year jail term for jumping red light in Oman

Speed Limits: How Fast Can You Drive On Dubai’s Roads?