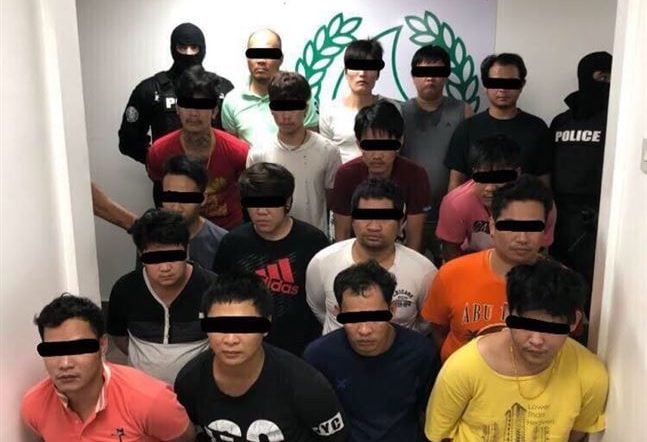 An international gang of approximately 25 members has been arrested by Dubai Police after stealing about 100 million Thai Baht ($3m) from bank accounts in Thailand and other Asian countries, according to UAE state media agency WAM.

HE Major General Abdullah Khalifa Al Marri, commander-in-chief of Dubai Police, praised the cooperation with the Thai authorities that led to the arrests, as well as efforts of task forces at the General Department of Criminal Investigations at Dubai Police, which ensured swift action in detaining the gang members.

HE Major General Khalil Ibrahim Al Mansouri, assistant commandant of criminal affairs at Dubai Police, said that the operation began when Dubai Police received information about 24 people of Thai nationality and one of Taiwanese nationality who had formed an organised criminal gang specialising in stealing bank accounts.

The assistant commandant added that the victims – all from Thailand and other Asian countries – were deceived to transfer funds from their accounts to fake accounts in some East Asian countries. The gang members had already been accused of fraud in Thailand, according the Maj. Gen. Al Mansouri, and were using technology that would allow their activity to appear as an intercontinental crime.

He said: “Immediately after receiving the information, a team of Dubai police was formed to raid and arrest the gang. After locating their hiding place, which is located in a residential area, our team raided and arrested all members of the gang consisting of men and women with about 150 smart phones and 40 laptops, as well as some technical devices that helped them commit these kinds of crimes.”

In a statement by WAM, Maj. Gen. Al Marri attributed the success of the operation to the directives of HH Lt. General Sheikh Saif bin Zayed Al Nahyan, Deputy Prime Minister and Minister of Interior, who has always directed UAE’s security forces to develop the established relations between the United Arab Emirates and various countries in the field of combating crime and developing effective plans to stop criminals locally, regionally, and internationally.

He added that Dubai Police would seize every effort to preserve the security and safety of our community against all risks, whether internally or from abroad.