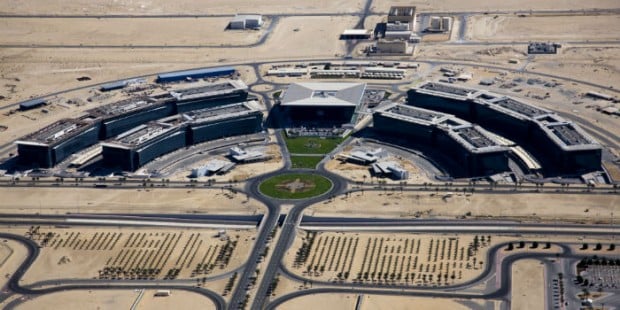 Dubai is looking to transform its southern airport into a hub for conventional, supersonic, hypersonic and space travel under an initiative announced on Wednesday.

The Dubai Aviation Engineering Projects scheme includes a retractable aircraft cabin project that would provide travellers with customised cabin options on demand for entertainment and business.

The airport would also develop close partnerships with Mohammed Bin Rashid Space Centre, the Supreme Legislation Committee and international organisations with an eye on becoming a hub for upcoming travel technologies.

The multi-mode super port project will aim to integrate all the necessary infrastructure at Al Maktoum International Airport to accommodate any current and future mode of transportation.

An infographic showed plans to become the premier hub for future travel by first making the airport an ‘aerotropolis’ and then a ‘cosmotropolis’ with the region’s first spaceport and launch site. 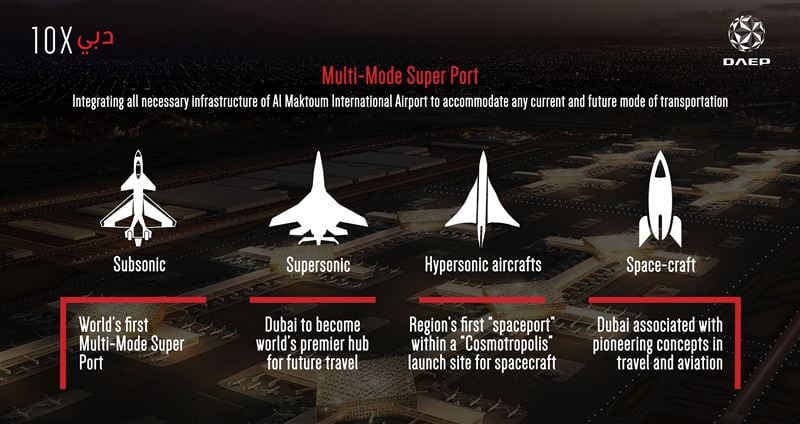 This initiative would in theory allow a future passenger travelling on a conventional aircraft to transfer seamlessly to a spacecraft and vice versa.

A video clip posted by Dubai Media Office, went on to explain how the hub would be connected to land transport methods including by car, train and high-speed tube technology hyperloop.

Dubai has conducted a feasibility study for a city hyperloop network with Virgin Hyperloop One and is also exploring plans for a UAE-wide network.

“The advent of new travel technologies such as supersonic aircraft and space travel have raised questions about the ability of existing airports to accommodate these modes of travel in an integrated way,” said Dubai Aviation Engineering Projects executive chairman Khalifa Suhail Al Zaffin.

“As the most ambitious country in the field of exploratory space missions, we believe the time is right to develop a new comprehensive plan for an integrated airport that offers both air and space travel.”

The plans come under the 10X initiatives presented by 24 government entities to place Dubai’s public sector 10 years ahead of its global peers.

Other projects presented so far include an online portal for property transactions to cut out agents, an initiative to improve the response time of the emirate’s fire service and the concurrent hearing of court cases to cut judgement times.

Dubai is currently expanding Al Maktoum International under a $36bn project to make it the city’s premier aviation hub. It is eventually expected to have the capacity to handle 240 million passengers a year.

This compares to the 88.2 million passengers handled at Dubai International, the world’s busiest airport for international travel, in 2017.

US aeroplane manufacturer Boeing earlier this week unveiled a hypersonic aeroplane concept that it said could get passengers anywhere in the world in just one to three hours.

The plan has a top speed exceeding 3,800mph and could travel from New York to London in 120 minutes.