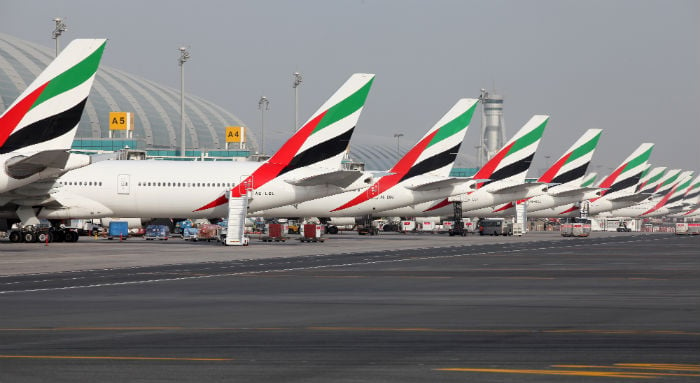 With year-to-date traffic up 15.3 per cent to 37,972,464, the airport is comfortably on track to surpass last year’s total of 57 million – and Dubai Airports is forecasting volumes in the region of 65.4 million.

Aircraft movements totalled 28,462 during July, an increase of 2.3 per cent from the 27,829 recorded during the same period last year.

All regions recorded positive growth this month with the exception of AGCC (down 8 per cent) and the Middle East (down 12.6 per cent) both of which saw traffic dip due to the year-on-year shift in the timing of Ramadan.

But those blips were offset by strong growth in Eastern Europe (up 58.7 per cent), driven by flydubai’s expansion to multiple destinations in the region, and Emirates’  new service to Warsaw, and Australasia (up 49.4 per cent), fuelled by the Emirates-Qantas partnership.

Buoyed by the holiday season, Western Europe traffic took over as the top market, growing by 13.4 per cent in the month.  Air freight volumes saw a modest decline of 2.5 per cent during July with volumes of 217,870 tonnes.

A 10-part documentary, entitled ‘Ultimate Airport Dubai’, will be screened on National Geographic Channel from September 5, providing viewers with behind-the-scenes stories of the world’s second busiest airport for international passengers.