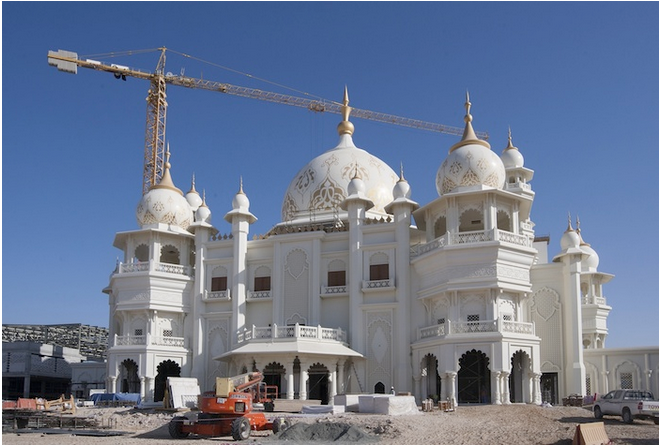 Dubai Parks and Resorts has confirmed that its mega-theme park complex in Dubai is on track to open in October 2016.

Announcing its financial results for 2015, the Dubai-listed firm said that cumulative project expenditure reached Dhs 5.8bn as of end-December 2015.

The first ride – Legoland Dubai’s Dragon Coaster – was installed in October and in total 89 per cent of the ride system production with 16 complete rides have been delivered, the company revealed in a statement.

The project has 13,500 workers on site and has engaged 41 contractors.

It is slated to be the largest in the region when it opens.

“Projected revenue in the first full year of operation is estimated at Dhs 2.4bn with over 5,000 jobs forecast to be generated across the sector,” said chief executive officer of Dubai Parks and Resorts Raed Al Nuaimi.

Contractors are currently constructing the access roads and multi-lane bridges over Sheikh Zayed Road that will lead directly into the resort.

“Hassle-free resort transportation within Dubai Parks and Resorts will be delivered by our tram systems,” added Al Nuaimi.

“We have recently partnered with specialised theme park service vendors, including HB Leisure, to provide over 45 skill games across the three theme parks, as well as Best Lockers, Scooter Bug and the Penny Press Factory.”

Lease proposals have been signed for over 50 per cent of Riverland and some of the confirmed brands include The Irish Village, Starbucks, Taste of Italy, European dining concept Parle and UK dining venue Giraffe.

“We also announced that we have acquired 15,860 trees, 6,100 palms and over 1.4 million shrubs and groundcovers, both locally and from overseas, to enhance the appearance of the resort, including 14 eight-metre tall olive trees ranging from 200-300 years old imported from Italy,” said Nuaimi.

“As we enter 2016, we are now firmly focused on achieving monthly milestones to ensure we open the destination in nine months’ time,” he added.