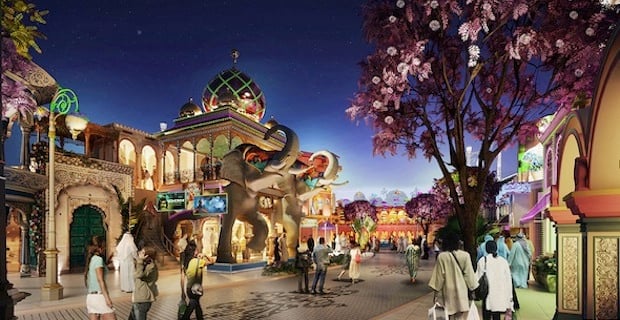 The co-branded MasterCard will offer cardmembers rewards, benefits and service throughout the theme park complex, which is scheduled to open later this year.

The card, available in world and platinum variants, will offer savings on admission tickets, F&B and merchandise. Cardmembers will also have access to valet parking and Q-fast at the park.

Under the five-year partnership, Dubai First will also become the official financial partner of Dubai Parks and Resorts, while FGB has been named as the park’s official banking partner.

Raed Kajoor Al Nuaimi, CEO of DXB Entertainments – the owner of Dubai Parks and Resorts said: “Through this partnership, we will facilitate and ease financial transactions and payments for our guests throughout the destination. Guests can choose from a wide-range of financial products developed in collaboration with Dubai first, while enjoying an extensive variety of benefits and rewards”.

The entire destination will be connected by Riverland Dubai – a retail and dining area. The complex will also host a Polynesian themed family hotel – Lapita Hotel.

Also read: Dubai Parks confirms October opening but some rides will be missing