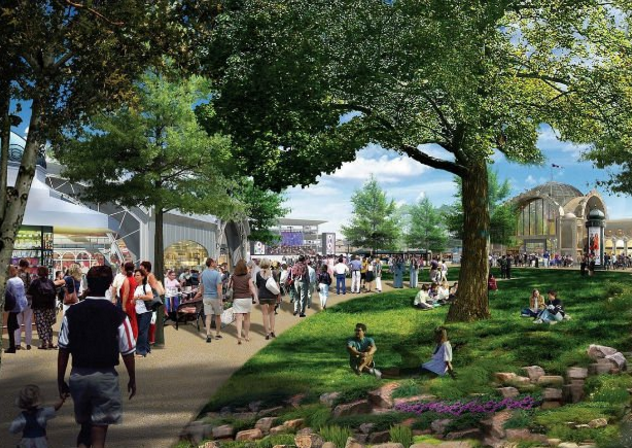 The ambitious Dhs 10.5bn Dubai Parks and Resorts project – which already includes three theme parks, a water park and a 500-room hotel – could expand rapidly in the next decade following the opening in October next year, the chief executive officer has told Gulf Business. Designed to capitalise on the “untapped theme park market in the Middle East”, the DPR will focus on rides and attractions based around movies from Hollywood and Bollywood as well as historic European cultural hotspots like France.

Projections suggest that 5.4 million people will visit the site in the first 12 months. If that number was reached and demand remained high, the next phase would potentially see additional developments – possibly even an Arabic theme park – and new hotels, Raed Al Nuaimi said.

“Within the existing development we have enough land to expand for the next 10 years,” he said. “If you take Motiongate as an example, it sits on four million square feet of land but we have only built on two million square feet for the opening. We will expand as the number of visitors goes up.

“To go beyond the next 10 years, the surrounding land is owned by Meraas Holding so we can always purchase it. Today’s focus is to open in 2016 to the public. After that, we will expand as long as the demand is there for us to do so.”

Al Nuaimi admitted the site was partly chosen because of the possible growth it offered for the future in addition to the airport proximity – being equidistant between Abu Dhabi International and Dubai International. “It’s also close to the new Al Maktoum Airport, the Expo 2020 site and Sheikh Zayed Road,” he added. “And it was virgin land so we were able to design the site any way that we wanted, there were no constraints and lots of benefits to this location.”

On the prospect of new hotels on the site, Al Nuaimi said: “The sky is the limit in terms of resorts and that’s why we included the ‘s’ at the end of resorts. We are talking about more theme hotels – not normal ones – like you see elsewhere in Orlando and Paris. Those properties have high occupancy rates when they are located close to the theme park and that’s what we are aiming for. We want demand to force us to create another hotel and we have two allocated plots within the development for such expansion already.”