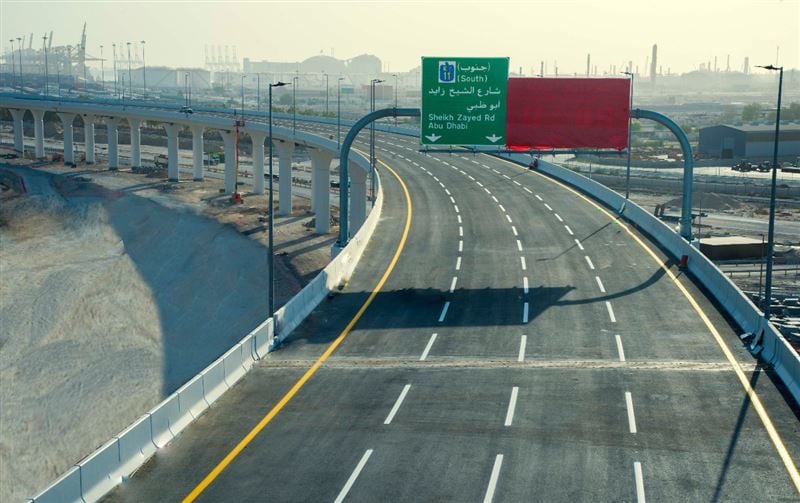 “They will ease the traffic flow on Sheikh Zayed Road by diverting part of the traffic to Al Yalayes Road and on to the parallel roads such as Al Asayel Road, Al Khail Road, Sheikh Mohammed bin Zayed Road and Emirates Road. It will also boost the movement of goods from and to Jebel Ali Port, and provide additional entry/exit points for community developments in the area such as Al Furjan, Discovery Gardens and Jebel Ali Development project,” a statement said.

The projects will increase the capacity of Al Yalayes Road to almost 20,000 vehicles per hour in both directions. They will also cut short the transit time between the 7th Interchange on Sheikh Zayed Road and the Sheikh Mohammed bin Zayed Road to four minutes.

They aims to “keep pace with the upswing seen by Dubai and meet the rapid urbanisation of the emirate”, said Mattar Al Tayer, director general and chairman of the RTA. 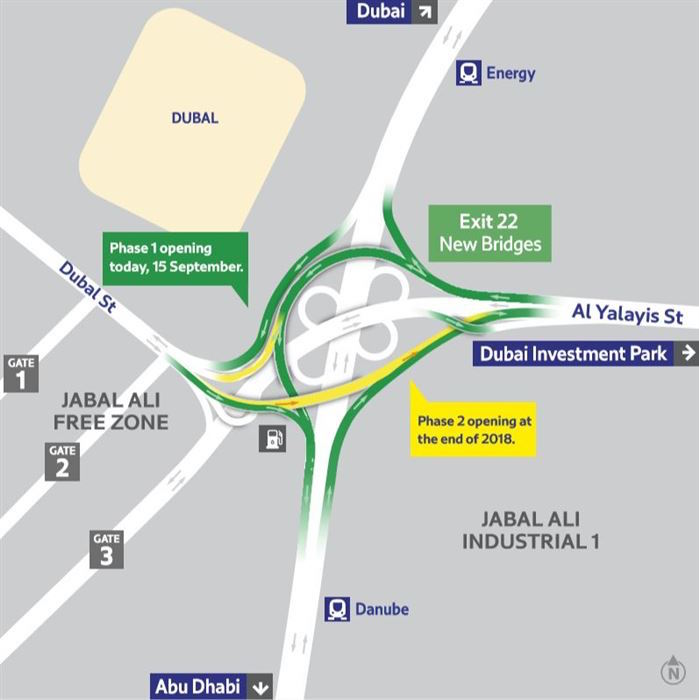 The 7th Interchange project comprises two phases. Phase one covers improvement of traffic flow from and to Sheikh Zayed Road and Al Yalayes Road eastward. Phase two covers improvement of traffic flow from Sheikh Zayed Road to Dubal Street in both directions and is slated to open in the last quarter of this year, stated Al Tayer.

Works include the construction of a four-lane bridge branching out of Al Yalayes Road into two bridges of two lanes, each with a capacity of 3,000 vehicles per hour.

The first bridge heads to Jebel Ali, and the other to Dubal Street and Jebel Ali Port.

The project also includes improving the traffic signals at Gate No. 1 and 2 of Jebel Ali Port, and the construction of another bridge of two lanes to serve the traffic inbound from Dubal Street at Jebel Ali Free Zone & Port crossing over the Sheikh Zayed Road. 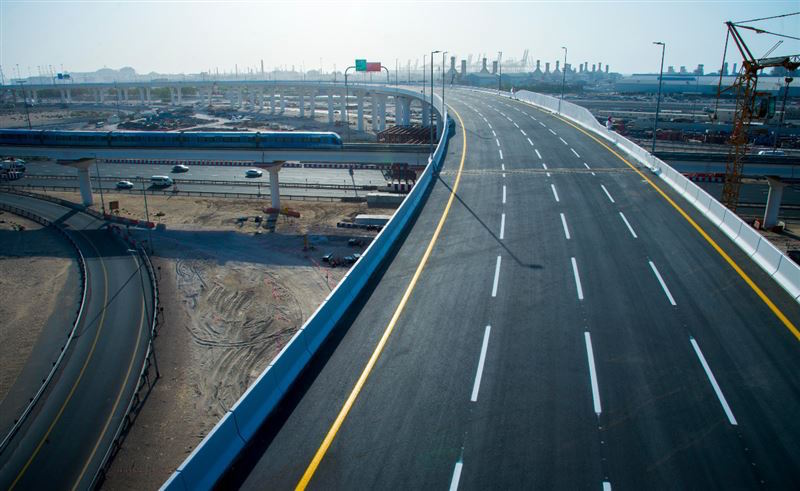 As part of the Parallel Roads project, Al Yalayes Road will be improved over a sector extending 6km from the 7th Interchange of the Sheikh Zayed Road to Sheikh Mohammed bin Zayed Road at Al Houdh Interchange.

Al Asayel Road will also be upgraded over a 5km sector to link with JAFZA, Jumeirah Islands, and Emirates Hills.

Phase one includes increasing the number of lanes of Al Yalayes Road from three to five lanes in each direction from Sheikh Zayed Road to Sheikh Mohammed bin Zayed Road and Emirates Road.

In a later stage, the number of lanes on the opposite direction will also be increased from three to five lanes with the road’s capacity reaching 10,000 vehicles per hour, the RTA said.

Meanwhile phase two includes completing the remaining lanes from and to the upper interchanges of First Al Khail and Al Asayel Roads along Al Yalayes Road with a capacity of seven lanes in each direction.

The scope of work includes the construction of two elevated signalised junctions with a design that caters to the needs of the Etihad Rail’s route.

The project also includes completing Al Asayel Road extension over 5km with three lanes in each direction and linking JAFZA with Jumeirah Islands and Emirate Hills.

It also includes the construction of a two-lane flyover running about 2km across Al Asayel Road. It will link free-moving flyovers to serve as exit points for traffic generated by Al Furjan development project.

It also includes the construction of six surface traffic light signals on Al Asayel Road to provide entry and exit points for some of the existing development projects such as Discovery Gardens and Al Furjan.