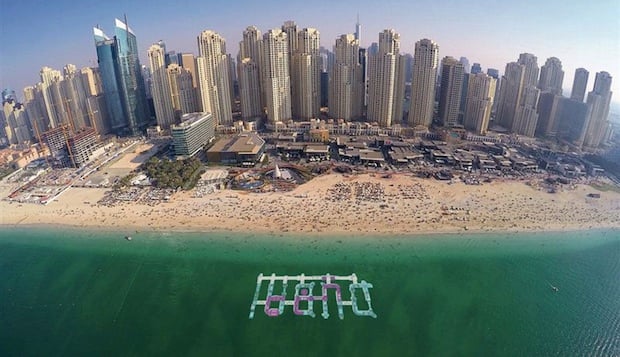 A Dubai company has opened a new inflatable waterpark in Jumeirah Beach Residences (JBR) – claimed to be the largest of its kind in the Middle East.

Dubai Aqua Park – designed and created by Aqua Fun – is a 77 metre by 33 metre inflatable park located at the JBR beach side. 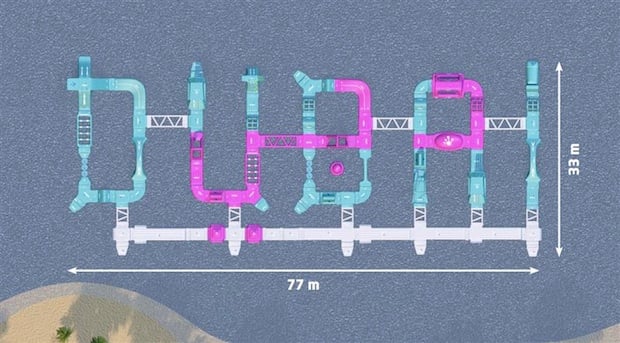 Designed to resemble the Dubai official logo, the park has an inflatable obstacle course which every visitor has to cross to reach the end point, including ramps, sidewalks, cliffs, towers, slides, wiggle bridges and curves. 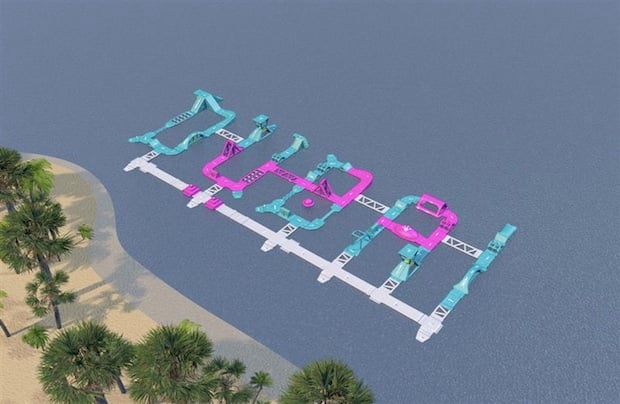 The inflatables are made out of good quality material, a statement said.

The games will have at least eight lifeguards at any point of time.

Overall, the park has the capacity to hold up to 500 visitors at the same time.

Dubai Aqua Park opens to the public on Thursday, September 1 and will operate from 10am to 7pm. Visitors will be permitted in batches at the start of every hour.

The opening of the new park has been timed to coincide with the Eid Al Adha holiday, which is expected to run from September 9-13.

Launched in 2013, Aqua Fun created the world’s largest inflatable slide the same year for the UAE National Day on the Abu Dhabi corniche.

The company has since then opened in different locations across the country and in other GCC countries including Oman, Qatar, and Saudi Arabia.

It has operated a total of 41 sites to date.