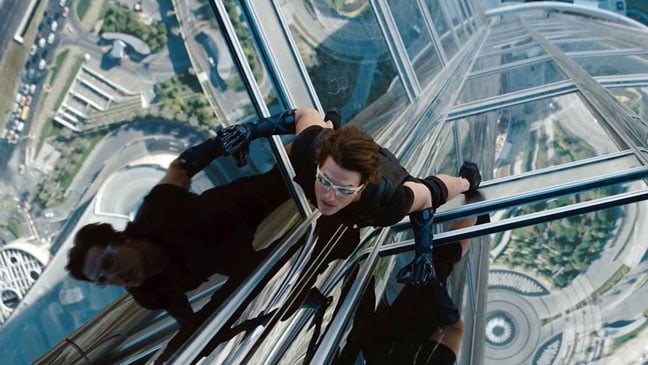 Dubai needs to offer better incentives to international and regional filmmakers to improve its attractiveness as a movie hub, according to experts.

Speaking at the Dubai Lynx, Shane Martin, executive producer/director at Boomtown Productions, said that the city should have better facilities to nurture freelance talent and make production easier and friendlier.

“I think it’s very important for the local industry that they incentivise international productions to come here,” he said.

“Because right now the world is filled with production markets and everybody is offering benefits. The UK has just introduced huge tax incentives and Ireland has got huge attractions. Los Angeles is dying as a production hub because all the Hollywood money is going where they get better deals,” he added.

Dubai has had high budget movies shot here in the past, including Tom Cruise starrer Mission Impossible 4 in 2011.

The Dubai TV and Films Commission (DTFC) was also set up by the government in 2012 to promote the emirate as a filming destination for local and international productions.

But one of the major challenges in Dubai is that costs are too high, according to Ian Ross from Central Films. The DTFC says it is addressing the challenge.

A statement on its website reads: “Well aware of the role of cost in production decision making, DFTC is always available to discuss, on a case-by-case basis, ways to reduce the cost of filming in Dubai and provide financial incentives, whether through special arrangement with key industry partners, licensing and fee rebates, or negotiations with service providers.”

Another key challenge is that the city doesn’t have a pool of freelance technicians and actors to service the film industry.

“Dubai is not a particularly cheap place to set up or operate. So it is very difficult for freelance technicians to live here. Increasing the size of the freelance pool will also help enable companies to set up here with less staff than they would otherwise need to have,” said Ross.

Martin added: “Another important aspect for the industry is that we need to have professional freelance actors and performers. It’s better in Lebanon and Egypt.

“It’s not sustainable for them here, but it is essential to develop this pool for this place to become a viable production hub.”

There are also other problems that production houses have to contend with when working in Dubai.

“For instance in South Africa, if a film needs 200 extras the next day, an agency can arrange that because there is a pool of unemployed people,” explained Ross.

“However that is not the case in Dubai because we don’t have unemployed people here. Hence hiring extras may only be possible on public holidays and the costs are also extremely high.”