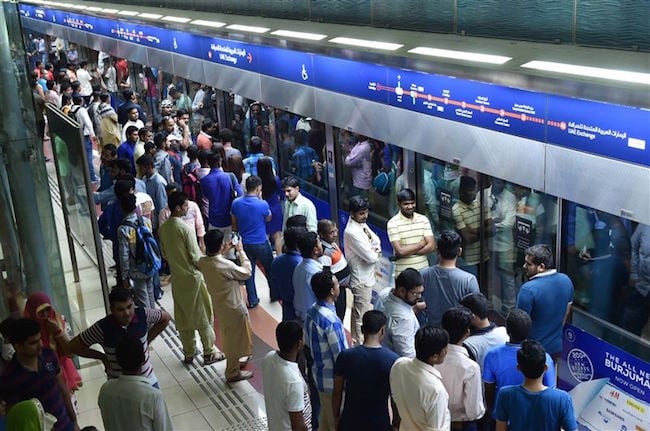 Dubai Metro services were briefly disrupted on Monday afternoon due to a technical glitch, the Roads and Transport Authority (RTA) confirmed.

The authority took to Twitter at 2pm to warn commuters about the disruption of the metro service on the red line between Abu Dhabi Commercial Bank Station and Burj Khalifa/Dubai Mall Station in both directions.

It said a team was working on fixing the issue.

The service is running normally in all other stations. RTA buses are currently operating to commute riders between stations impacted by the service disruption.

“RTA regrets any inconvenience to metro users and calls upon riders to cooperate with staff at the metro stations,” it added.

An hour later, the RTA confirmed on Twitter that the issue had been resolved.

“RTA announces the return of Dubai Metro service back to normal. We thank Dubai Metro users for their cooperation,” it said.

The Dubai Metro has seen a strong growth in users since its launch in 2009.

Last year, the RTA announced that the number of people who used the Dubai Metro crossed over a billion since the service was launched.

The metro transported 1.028 billion riders between September 9, 2009 (when it launched services) until the end of August 2017, the RTA confirmed.