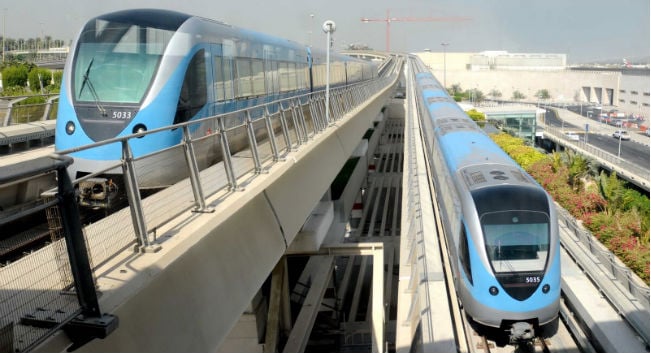 The construction of the expanded portion of the Dubai Metro’s red line is scheduled to begin in the first quarter of 2016, according to the Dubai Roads and Transport Authority (RTA).

Speaking at a meeting of rail consultants and contractors, Mattar Al Tayer, RTA’s executive director, said that the contract for the rail expansion, called Route 2020, will also be awarded in Q1 2016.

More than 100 experts attended the meeting that explained the project details required to process tenders.

The extension will add 15 kilometres in length and seven stations to the line. Out of this, 11km will run on an elevated platform while the remaining four kilometres will be constructed underground.

RTA will begin receiving pre-qualification requests from May 31 while tender documents will be released on July 2. Proposals can be submitted to RTA, starting from December 6, the official said.

The final announcement on the winning bid and the contract award will be announced on January 28, 2016, Al Tayer said.

The Route 2020 project will be fully operational in the first quarter of 2020 and will serve developments with average-to-high population density such as the Gardens, Discovery Gardens, Furjan, Jumeirah Golf Estate, and Dubai Investment Park.

The project will also serve the visitors attending Expo 2020, the RTA head said.

The Metro extension is one of the various projects that the emirate is undertaking ahead of the mega event.

Last year, the RTA announced that it will launch 35 new mega projects in 2015 including those specifically designed for the six-month long Expo.

The public transport agency also said that it will be working to upgrade the roads and junctions around the Expo site, while sourcing up to 39 new trains by 2020.

The RTA is also planning to expand the bus network to cover 16 districts, besides improving the service in 19 districts by 2020.