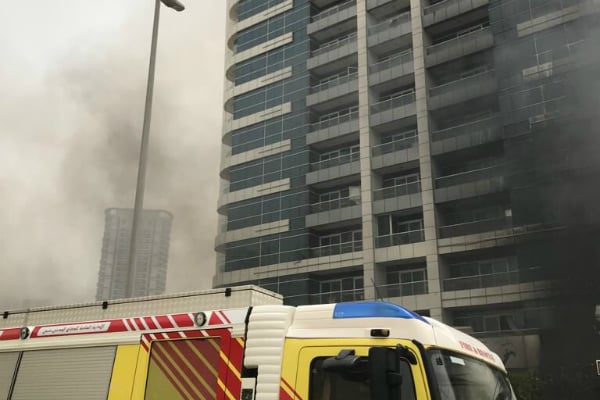 A building in Dubai Marina was heavily damaged on Sunday when it was enveloped by a fire.

Videos of the scene showed smoke and flames cover the structure on multiple sides.

Mate in #Dubai just sent me this. Another tower block #fire….. Hope everyone is safe. Why do these keep happening? pic.twitter.com/296mzJ0KEp

Dubai Media Office later said in a statement that the city’s civil defence service was working to put out the fire at Zen Tower.

It added that the building was evacuated safely and there were no reports of injuries.

Dubai Civil Defence is working to put out a fire that broke out in the Zen Tower in the Dubai Marina area. The building was evacuated safely and no injuries have been reported.

Twitter user @alexandramaia_ posted a video of the blaze showing smoke visible from some distance away.

Hope everyone is safe fire in marina #dubai #dubaifire pic.twitter.com/9nFAujh56l

Later images posted by Dubai Media Office, showed the extent of the damage caused to the building after the blaze was mainly extinguished at 12:20pm local time. 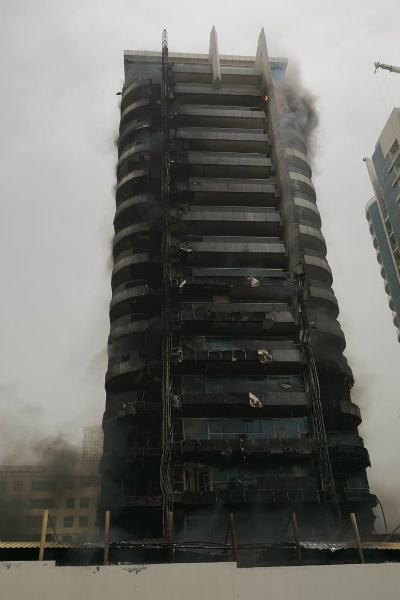 “Dubai Civil Defence teams control the fire in a Zen tower in the marina area despite the current wind and dust,” the media office said. “No injuries were recorded as a result of the incident and the competent teams evacuated all residents of the tower.” 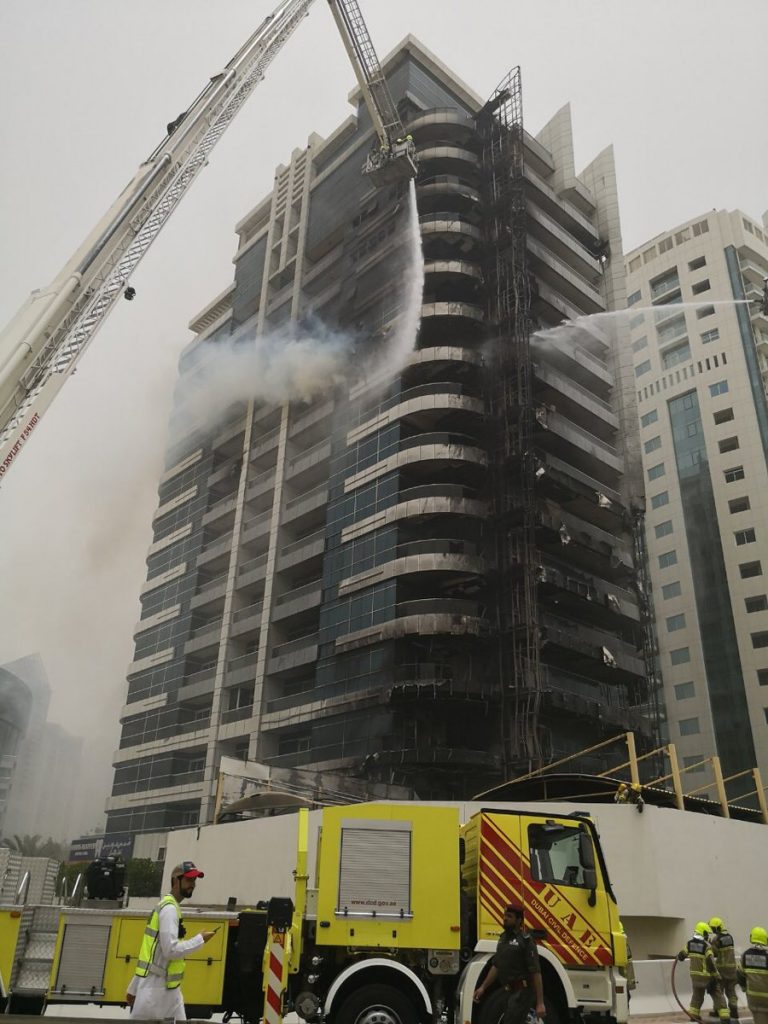 Residents were reportedly being handed water by authorities on a particularly hot day due to the prevalence of blowing sand and dust. 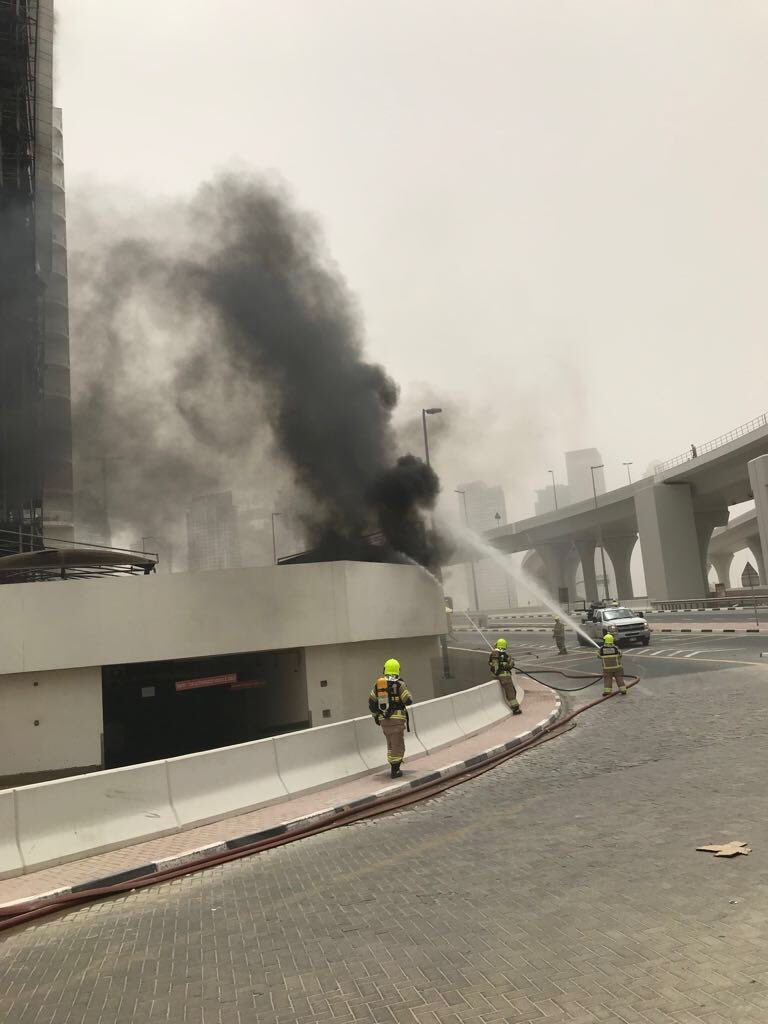 Civil Defence director Rashid Thani al-Matrushi said the fire service responded within six minutes of the blaze being reported and were able to control it within 45 minutes.

Here he is in an interview posted by Dubai Media Office.

The Civil Defence has a goal of reducing fire response times to as little as 30 seconds.

Another fire in the vicinity was reported last month at a building in Jumeirah Lakes Towers (JLT).

Read: Fire breaks out at tower in Dubai’s JLT

JLT and Dubai Marina have experienced a number of building fires in recent years.

That blaze was also blamed on a recklessly thrown cigarette.