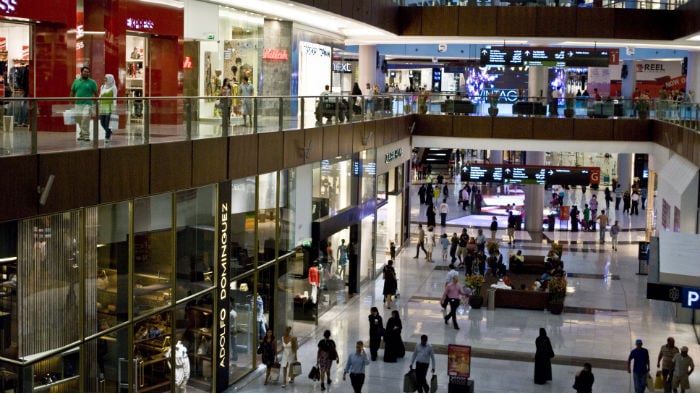 Visitor numbers also exceeded the footfall figures achieved by the world’s most popular tourist destinations and busiest airports in 2014, the mall operator Emaar said in a statement.

Around 60 per cent of The Dubai Mall visitors last year were UAE residents and other GCC tourists. The remaining 40 per cent were tourists from outside the region.

The mall also claimed that it has sustained the title of the world’s most-visited lifestyle destination, surpassing major hotspots across the world.

Emaar Malls added that the contribution of The Dubai Mall to the emirate’s retail sector is estimated to be around five per cent of Dubai’s GDP.

“No other global tourist destination or even airports, which traditionally have the highest footfall, have achieved the significant visitor arrivals The Dubai Mall recorded,” said Mohamad Alabbar, chairman of Emaar Malls.

“With wholesale and retail accounting for nearly 30 per cent of Dubai’s real GDP, The Dubai Mall continues to make a sterling contribution to our city’s diversified economic growth.”

The mall also enjoyed high social media engagement over the last year, becoming one of the top 10 geo-tagged locations globally on Instagram while garnering 1.5 million fans on Facebook. The Dubai Mall also has 250,000 followers in Twitter and is the fastest growing profile in the country.

The Dubai Mall’s footfall figures come on the heels of the recent listing of Emaar’s Malls Unit in Dubai Financial Market. The developer Emaar sold 15.4 per cent of the unit in September, raising $1.6 billion after a heavy subscription.

Dubai’s mega mall operators have been thriving due to a growth in consumer spending boom, a relatively young population and attractive tax regimes for retailers.