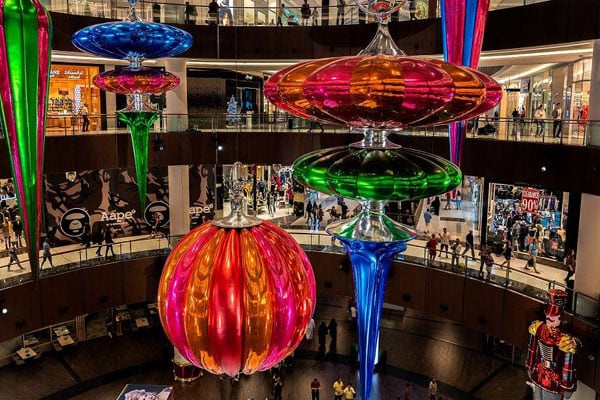 The UAE has set yet another Guinness World Record. The world’s largest ornamental bauble can now be found in Dubai Mall’s Star Atrium, where it will stay until the end of January 2019.

The record-breaking ornament was reportedly flown into the country inside 12 crates and three containers, and took 15 people two nights to assemble.

It is fitting for the largest bauble to hang in the Dubai Mall, since the mall was awarded the Guinness World Record for the largest shopping centre in the world with a total area of 1124000 square metres.

The UAE has been home to numerous amounts of Guinness World Records. Last year’s UAE National Day saw 4,000 schoolchildren come together to break the world record for the largest human image of a national waving flag.