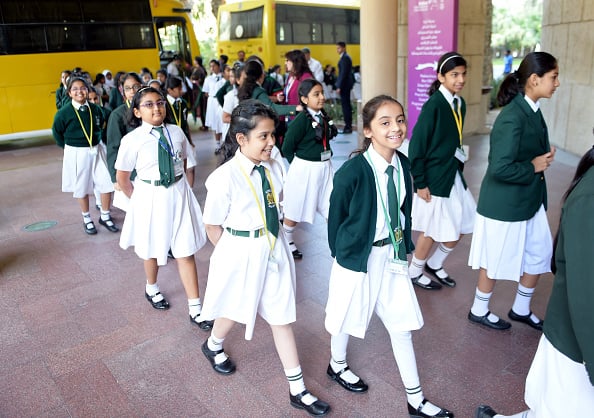 The KHDA said that the contact system is already in place across 24 schools in Dubai, covering 38,624 students.

With the policy being implemented in all South Asian schools, it will cover more than 80,000 students, accounting for 33 per cent of students studying in private schools in the emirate, the KHDA added.

The contracts will help promote a positive relationship between the school and the parents while also outlining the duties of both parties, state news agency WAM quoted KHDA as saying.

The parent-school contract will cover refund and admission policies, school fees, attendance and punctuality, as well as health and safety provision and transportation.

It also addresses parental responsibilities such as providing schools with accurate medical, psychological and educational assessment records, to ensure students’ safety at school.

The agreement also aims to control the rising rate of cyber bullying in schools as it advises parents and students to refrain from causing intentional defamation on social media websites.

In order to achieve this, the contract states that schools must set up an appeals process, to ensure parents and students have the right to fair and impartial decision making, KHDA said.

The educational authority also said that it witnessed a 20 per cent drop in complaints following the implementation of the contract system during the first phase.

The contract system is being implemented widely as disputes regarding school fees rise in Dubai.

In 2012, schools operator GEMS said that it will shut down The Westminister School after KHDA disapproved a request to hike fees. The company, which was unable to raise the school fees due to the rating accorded to the school by the KHDA, said that it was unsustainable to run the school with the current fees.

But subsequent requests from parents through social media and after a review by the KHDA, GEMS scrapped the plan to shut down the school.

Officials are also aiming to make schools more accountable following the tragic death of a kindergarden child in Abu Dhabi last year, who suffocated after being left inside the school bus.