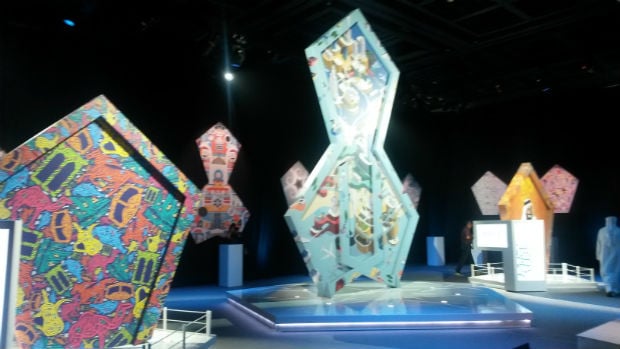 Dubai has announced the launch of a massive campaign, consisting of art sculptures and paintings, to increase public awareness about the impact of hosting Expo 2020.

Titled ‘For Everyone’, the campaign will start from March 1, 2015 and is expected to increase the levels of public engagement in the mega event.

The announcement was made by Reem Al Hashimy, director general of Bureau Dubai Expo 2020, who also officially launched some of the art forms that will be included in the campaign.

As part of the initiative, about 21 towering structures will be placed across various locations such as major shopping malls, leisure hubs and business centres in the emirate.

The sculptures, which will be three to six metres high, will have interactive screens that will allow the public to learn about the Expo themes and the impact that previous expos had on societies.

On March 22, all 21 sculptures will be joined together to create three giant structures representing the sub themes of the Expo and will be subsequently put on display.

The art sculptures exhibited during the campaign will be designed by artists from around the world.

“Art is universal in its appeal and understanding,” said Al Hashimy.

“We hope the expression of our theme and subthemes through the eyes of the world’s artists will spark a dialogue about the challenges that impact our daily lives and connect the community.”

Al Hashimy also said that the main logo for Expo 2020 will be changed.

The new logo will be chosen through a design competition, that will be open to both citizens and residents, she said. The contest will run from March to April, with the final logo unveiled on October 20, 2015.

“When we did the preparation during the early stage, we did not involve people a lot,” Al Hashimy said, explaining why the logo was changed.

“It is customary to change the logo from the voting stage to the implementation. Through this, we look forward to the participation of the people in (hosting) Expo 2020.”

Among other initiatives, Dubai is also planning to launch multi- emirate interactive experience zones on April 10. The launch will also mark the 2,020 day countdown to the Expo 2020 opening day.

The experiential roadshow zones – a part of the inter emirate initiative- will educate the public on the impact of previous expos and will build awareness on how the event will impact Dubai as the host city.

Al Hashimy added that Dubai’s expo committee is currently focusing on the official registration dossier that needs to be submitted to BIE.

“We are also focusing on the implementation plans, which will begin after Expo Milano 2015,” the UAE minister of state said.

Dubai has taken various steps over the last year to ready itself for the Expo 2020, including establishing a formal committee to oversee the preparations to host the expo.

In August 2014, the emirate also awarded a contract to HOK Group and Arup to design the Expo site in Jebel Ali.

Construction of the site and tenders for the project are expected to be out after Dubai’s Expo committee receives a final approval from the BIE, an earlier update from the government said.