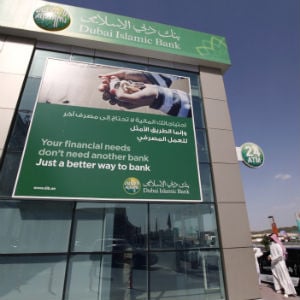 Dubai Islamic Bank confirmed that its board had approved plans to fully acquire its mortgage unit Tamweel, in which it already holds a majority stake of 58.2 per cent.

Dubai’s largest sharia-compliant lender intends to make a tender offer to buy all shares off Tamweel’s other shareholders, it said in an emailed statement.

Each Tamweel shareholder will be offered 10 DIB shares for every 18 Tamweel shares. After closing the offer, DIB will apply to the regulator to delist Tamweel from the Dubai Financial Market.

DIB took a 57.33 per cent stake in Tamweel in 2010, a move that rescued the mortgage lender, which was struggling during a crash of Dubai’s property market.

Tamweel’s current market value is about Dhs1.19 billion ($323 million). DIB said it would seek shareholder approval to issue new shares; no date for the shareholder meeting was provided.

The mortgage firm is expected to be among the companies most affected by a new United Arab Emirates central bank regulation, introduced last week, to cap the size of mortgage loans for foreigners and local citizens.