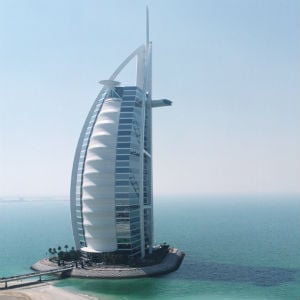 Dubai is the eighth most popular destination to visit in the world and the top destination in the Middle East and Africa region for overseas travellers.

The results, recorded in the Global Destinations City Index by MasterCard, position Dubai ahead of traditionally popular cities such as Rome, New York and Barcelona.

The city has improved by one position from last year’s results while Abu Dhabi has emerged as the fourth fastest growing destination in the world.

Overall travel across the world’s 20 most visited cities rose by 5.7 per cent from last year.

Dr Yuwa Hedrick-Wong, global economic advisor at MasterCard, said: “In spite of a sluggish global economic climate, this year’s index suggests that the overall travel and tourism picture is quite positive.

“People are spending more discretionally as incomes go up. Middle class families will always travel as long as they can afford to. If people have any additional income, they spend it to go overseas.”

Visitor figures to Dubai for 2012 are expected to reach 8.8 million, marking an increase of 15.3 per cent from last year.

London is the top origin city for flights to Dubai, bringing in 803,000 visitors this year and Londoners are also the top spenders, averaging $1,495 per visit. The other top origin cities are Paris, Munich, Frankfurt and Kuwait.

Hedrick-Wong believes Dubai has ‘retained the ability to attract people from established cities and origins.’

Abu Dhabi is the world’s fastest growing destination in terms of visitor numbers in 2012 with an expected spike of 17.9 per cent on last year. That puts the UAE capital ahead of New York, Istanbul, Singapore and Toronto in terms of increasing visitor numbers.

Abu Dhabi was also the third most popular destination in the Middle East and Africa, after Cairo, while Riyadh came in seventh.

Hedrick-Wong put the UAE capital’s growth down to an increasing brand awareness of the city throughout the world and new airline routes out of Germany.

London came top of the global survey as the world’s leading destination for the second year in a row, with 16.9 million visitors expected this year. Paris, Bangkok, Singapore and Istanbul filled the remaining top five places.