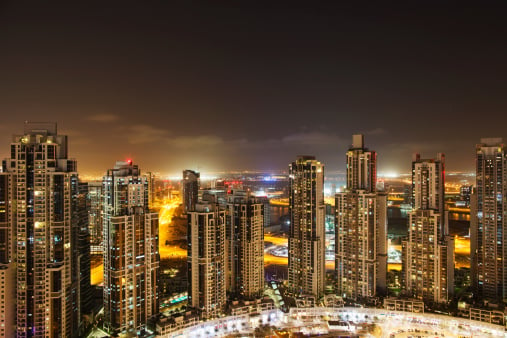 The emirate’s property sector, which went from boom to bust to boom again, has steadied since the government introduced measures last year to cool the market.

Home values slipped 0.8 per cent in the first quarter, leaving average prices 0.5 per cent lower than a year earlier and 19.4 per cent below the 2008 peak, Cluttons estimated.

Increased supply, the slow motion impact of the new regulations and ebbing sentiment have “weighed heavily on the emirate’s residential market”, the report states, noting average house prices rose 3.4 per cent in 2014 versus 51 per cent in 2013.

The report describes the sector’s 2015 outlook as “somewhat mute”, predicting houses would bear the brunt of price decline although demand was expected to remain “very stable in the medium to long term”.

Buying a house for Dhs5.5 million ($1.5 million) now requires upfront equity of 42 per cent versus 20 per cent previously, Cluttons estimates.

The impact has been marked: about 1,300 houses changed hands in 2014, down 52 per cent from a year earlier, while the number of transactions in the first quarter was down 36 per cent year-on-year.

“Sustained growth in rents over the past 18 months has exacerbated the challenges of amassing a deposit, while the cost of living has continued to rise,” Steve Morgan, Cluttons Middle East chief executive said in the report.

“There may be some respite as the dirham continues to strengthen, driving down inflation.”

The UAE dirham is pegged to the dollar. The U.S. currency is up 19 per cent against the euro over the past 12 months.

After Emiratis, Indians and Britons were the biggest buyers of Dubai property last year, accounting for 22 and 11 per cent respectively of the total transaction value, official data shows.

Cluttons forecasts 12,600 units will be handed over by the end of 2016 and a further 15,800 completions are scheduled for 2017-2018, predicting oversupply was unlikely because Dubai’s population is expected to grow.