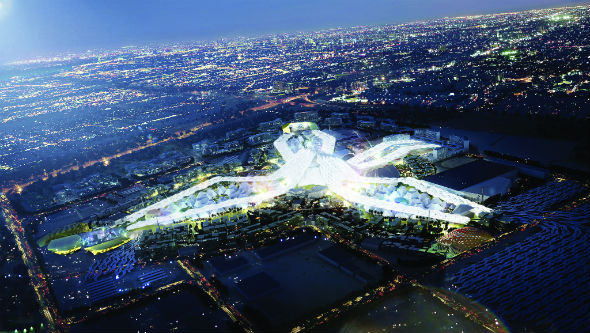 In a night sure to go down in UAE history, Dubai was crowned host of Expo 2020, beating competition from Ekaterinburg (Russia), Izmir (Turkey) and Sao Paulo (Brazil) with 116 of the 168 votes.

Work can now begin on the many construction projects planned for the event, including the 434-hectare site itself and supporting infrastructure.

A wider boost to confidence in the construction and real estate industries is also anticipated, with Bank of America Merrill Lynch forecasting positive momentum over the remainder of the year from the victory, and a positive lift to GDP in the years leading up to the event.

Dr Amina Al Rustamni, CEO of TECOM Investments, believes the benefits of the Expo will come in three distinct phases.

“There will be an immediate shot in the arm in terms of economic confidence. This will be followed by the planned infrastructure and project investments taking shape over the next six years during the preparation stage, which will offer growth opportunities across a range of industries – from manufacturing and media to tourism and education. Once the event is complete there will also be a strong legacy that the event leaves behind, which businesses will be able to take advantage of.”

Much can be gleaned from Milan, host city of the World Expo in 2015 from May 1 to October 31, with regards to the event buildup process itself.

A reciprocity protocol means recent Expo bid winners confirm their attendance to future events first, therefore we can expect Italy and Kazakhstan to be among the first confirmed attendees to Dubai Expo 2020, as China was for Milan 2015.

In terms of booking event space, the World Expo is very much like smaller scale local expos only with the main customers being countries rather than companies.

We can expect states to confirm their attendance, where their stand will be positioned and its design based on the theme ‘Connecting Minds, Creating the Future’, in the coming years.

Over 138 countries and organisations are now signed up for Milan 2015 and with Dubai’s aspiration to host the best Expo ever it will likely look to exceed the numbers of any previous Expo.

Following its victory, Milan signed a number of collaboration agreements with other cities in Italy and Europe. Similar agreements from Dubai would not be unexpected and given it will be the Middle East’s first World Expo, deals with other GCC states could be on the cards.

Italy also indicated that there could be some cooperation with Dubai in the sharing of knowledge or resources for the two expos, with Italian Prime Minister, Enrio Letta, among the world leaders to declare support for Dubai’s bid.

To ensure the maximum flow of tourists to Milan 2015 the European Commission said it plans to simplify entry visas during the event. Particularly focussing on up and coming economies like China, Russia, Brazil and India.

Considering an estimated 70 per cent of visitors to Dubai 2020 are expected to come from outside the UAE it would not be surprising if a similar plan was in the works from Dubai’s rulers.

Above all else, perhaps the largest challenge will be maintaining momentum and interest in the build up to Expo 2020, given it is seven years away.

Therefore we can expect a series of Expo themed events in the coming years, as Milan did with its ‘Expo Days’ in 2013, a month of concerts, shows and performances between May and June.