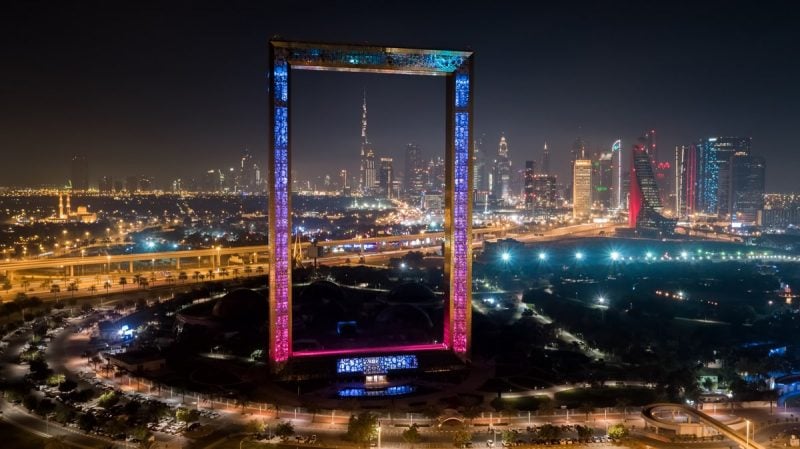 Dubai Frame has welcomed one million visitors since its opening in January 2018, it has confirmed.

Located in Zabeel Park, it opened to the public in January after work began in 2013. It was originally due to open in 2015.

Ticket prices to access a ground floor museum, the attraction’s observation deck, with grand views of Dubai, are Dhs50 for adults and Dhs30 for children.

In February, the opening hours were also extended with the attraction now open from 9am to 9pm.

Having such a huge number of visitors in its first year is a “remarkable achievement for Dubai”, said Dawoud Al Hajri, director-general of Dubai Municipality.