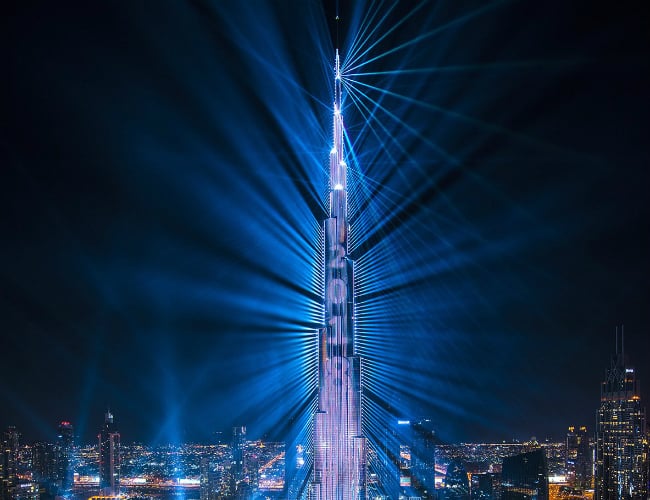 Those that missed out on Dubai’s record-breaking New Year’s Eve light show now have a few extra weeks to see it.

The seven-minute display, which was originally believed to be a one-off on the night of December 31-January 1, was repeated most nights last week to allow it to be seen by more people.

Authorities have now revealed this run will continue for the foreseeable future with the show repeating until March 31.

For those who have not had the chance to watch #BurjKhalifa’s Light show, you still can! The show goes on until March 31st!

No schedule was revealed but it will likely be similar to last week, starting at 8pm on weekdays and 10pm on Thursdays, Fridays and Saturdays.

The light show replaced the traditional New Year’s fireworks display at the Burj Khalifa due to safety concerns.

It was prepared over five months by 300 experts and 80 musicians.

The world’s tallest building also celebrated a new milestone recently with its eighth birthday on January 4.

The iconic structure was originally inaugurated on January 4, 2010.