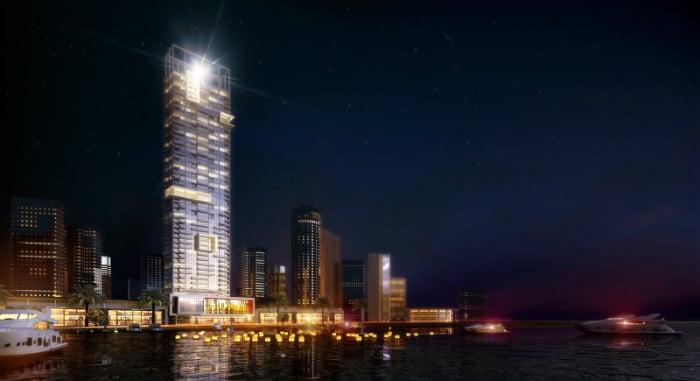 Dubai developer Omniyat said that it sold 81 per cent of units in its newly unveiled ANWA project during the first phase of launch.

The company registered Dhs432 million in sales for the seafront project, it revealed in a statement.

Currently, only units in the upper floors of the G+44 are available along with five townhouses that were not released for sale, it added.

The project is scheduled to be handed over by the first quarter of 2016.

“The location of ANWA is perfect, as Dubai Maritime City is primed to be one of the hottest residential zones of Dubai,” said Mark Phoenix, managing director for Omniyat Group.

“We were greeted with phenomenal interest from end users, many of them living in the vicinity of Bur Dubai and Jumeirah,” he added.

Off-plan developments continue to attract investors in Dubai’s residential market, despite a range of new regulations, according to experts.

A report released by property consultancy Cluttons last week found that although freehold transactions in Dubai fell by almost one-third in total during the third quarter of 2014, the emirate’s off-plan residential market saw booming sales.

However, the report also added that Dubai’s real estate sector is entering a period of sustainability after a period of rapid price growth and that fears of overheating are now subsiding.