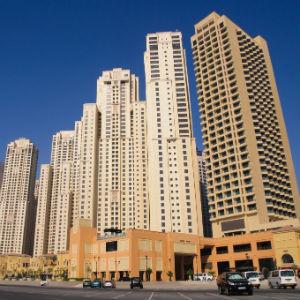 Deflation in Dubai eased to its lowest annual rate in four months in May, data showed, dipping to 1.2 per cent to extend the emirate’s longest period of price declines since inflation hit a record 10.8 per cent in 2008.

Deflation is being mainly driven by a weak housing market, which has yet to recover from a property crash in late 2008, though the UAE uses price controls to keep some food costs low.

The property market remains oversupplied with new residential units following a $25 billion debt restructuring of a state-owned conglomerate in 2009-2010.

“(It is) another benign monthly inflation figure driven by a rise in food prices,” Giyas Gokkent, chief economist at National Bank of Abu Dhabi, said in a note. “Dubai continues to experience deflation in the annual headline figures due to a decline in rents.”

Costs of housing including rents and utilities dipped 0.1 per cent month-on-month. The item, which accounts for nearly 44 per cent of consumer expenses in the coastal desert emirate, showed an average monthly drop of 1.1 per cent this year.

Dubai house prices may finally stop falling this year, a Reuters poll showed in May, although oversupply will weigh on the market for some time and keep property developers away.

Food prices in Dubai’s $83 billion economy jumped 3.1 per cent in May compared with the previous month, the most in 11 months.

In neighbouring Abu Dhabi, which accounts for almost all of the UAE’s crude production, annual inflation dipped to 1.7 per cent in May from April’s nine-month high of 1.8 per cent, data showed earlier this month.

The UAE, the world’s number three oil exporter, is yet to release May inflation data for the whole federation. Abu Dhabi and Dubai are the largest among the UAE’s seven emirates.

The UAE’s hydrocarbon and trade-reliant economy is forecast to see a slower growth of 3.1 per cent this year after 4.2 per cent in 2011 due to the global slowdown and weak domestic bank lending.