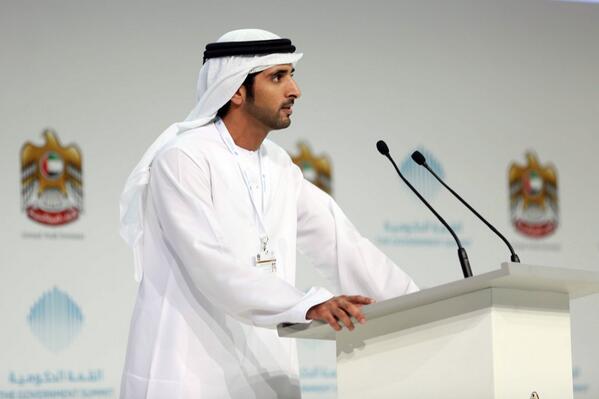 He is now the second most followed leader in the UAE on Twitter after his father UAE’s VP, Prime Minister and Dubai’s Ruler Sheikh Mohammed bin Rashid Al Maktoum.

Sheikh Mohammed, who was ranked seventh globally in 2013 among world leaders using Twitter, currently leads the tally in the UAE with 3.68 million followers on the microblogging site.

Sheikh Hamdan joined Twitter in March 2010 and uses the platform to discuss various government initiatives such as the launch of Dubai Tram and Dubai 2021 Plan.

In 2014, he also launched the #MyDubai experiences on Twitter, which is a year-long campaign to create an autobiography of Dubai through photos and videos from its residents and visitors.

According to the Arab Social Media report 2014, released by the Dubai School of Government, social media usage in the Arab world has shown strong growth over the years.

Twitter’s user base in the Arab region increased by 54 per cent year-on-year while Facebook and LinkedIn saw a 49 and 79 per cent jump respectively in 2013.

In line with this trend, many UAE leaders have taken to social media platforms in an effort to connect with the increasingly tech savvy citizens and residents.