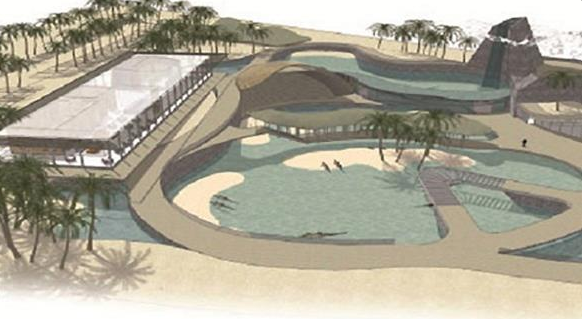 The opening of the Arab world’s first crocodile park in Dubai has been pushed back.

Juma Al Fuqae, director of property management department and vice chairman of the Investment Committee at Dubai Municipality said the park was 43 per cent complete and expected to open at the end of 2017, according to state news agency WAM.

This is despite reports in August suggesting the 20,000-square-metre park was 75 per cent complete and would open at the end of 2016.

Al Fugae said the extension would allow more time for preparations to be completed at the venue, which is based on crocodile parks in France.

Crocodiles will be able to grow and reproduce naturally at the venue in natural water basins, according to the official.

Among the creatures on display will be the largest fresh-water variety, the Nile crocodile.

The facility is designed to be environmentally friendly and will rely on renewable energy and waste treatment.