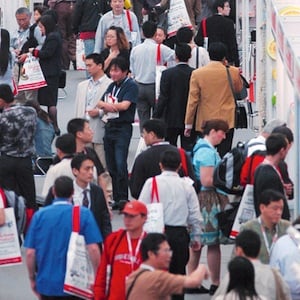 In its sixth year, the China Sourcing Fair is expecting 20 per cent more visitors in 2012.

As part of a growing trend, an increasing number of trade shows have lined up to provide a platform for business and trading between the China and Middle East regions.

Currently, the GCC is the second-largest trade partner to China and the region is also the world’s largest market for China-made product exports.

The Dubai-based China Sourcing Fair is currently the largest China-products exhibition in the MENA region and supplies face-to-face time with suppliers from China, Hong Kong and Taiwan.

“For the past few years, buyers from the Middle East and North Africa (MENA) have come to rely on locally-based trade sourcing fairs as their primary means to meet China-based suppliers without having to physically travel to Asia,” he said.

The exhibition is set to feature a range of China-made products, including electronics, textiles and building materials and runs from 29 – 31 May 2012 at Dubai International Conference Centre.

In another nod to the increasing relevance of the UAE – China relationship, the world’s biggest duty free retailer Dubai Duty Free (DDF) is planning to boost its proportion of Chinese staff again this year in a bid to further tap the Chinese shopper market, the company’s vice president of finance said last month.