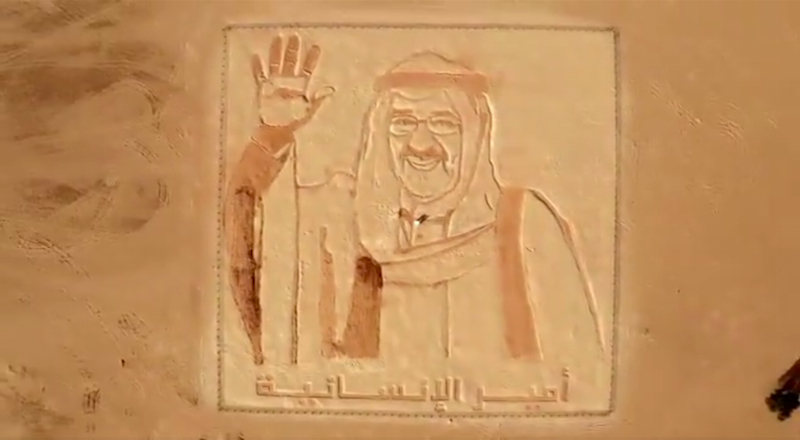 Dubai has once again broken the Guinness World Record – this time for ‘the world’s largest sand painting’.

The record was bagged by a massive sand portrait of the Kuwaiti emir Sheikh Sabah Al Ahmad Al Jaber Al Sabah, which was etched into the desert at the Al Qudra Lake area.

Covering 170,000 square feet, the portrait titled ‘The Emir of Humanity’ was created by a group of Emirati volunteers, who took more than 2,400 hours to complete it.

The artwork was done to commemorate Kuwait’s National day, which falls on February 25.

The making of the portrait – which can be seen from space – was revealed in a video by Sheikh Mohammed bin Rashid, Vice President and Ruler of Dubai, last week.