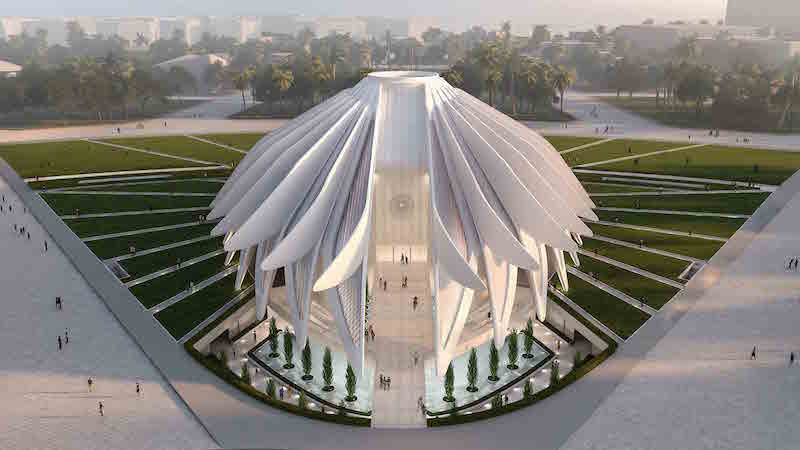 Dubai is hoping one of the world’s fastest vaccination programmes and rapid testing technology will help achieve its goal of holding the Expo 2020 event this year, after the coronavirus pandemic forced a delay.

The government is confident inoculation programmes will be successful enough to open the Expo on October 1 and says it’s still possible that 25 million people will visit the city for the six-month event.

The Expo, which Dubai has been preparing for a decade, is meant to be one of the biggest events globally this year and generate billions of dollars for the government. The resurgence of the virus in recent months has complicated the planning and led to questions about whether it will have to be downsized.

Tokyo, which is set to host the Olympics in July, is facing similar issues, though authorities there also insist the event will go ahead.

“It is just not realistic to change your target number yet because your factors are super fluid,” Expo 2020 Director General Reem Al Hashimi said in an interview with Bloomberg TV. “We’ve rolled out vaccinations in the UAE very aggressively, but so have many other countries around the world.”

The United Arab Emirates, of which Dubai is a part, has administered almost 1.8 million vaccine doses and has the second-highest rates of inoculations per 100 people globally after Israel. The country has also led the way on testing per-capita, and Al Hashimi said that there will be a testing facility on site.

“We’re hopeful that come October, things should be better than where we were when we had to postpone the event last April,” Al Hashimi said.

Dubai is also revisiting Expo 2020’s legacy as a commercial and residential space. The pandemic has aggravated a property slump in the emirate, the Middle East’s business hub, where excess supply and economic uncertainty have pushed down prices for years.

“We’re not going to harp on something if it doesn’t actually make sense anymore,” Al Hashimi said. However, due to the distinctiveness of the site, “we’re not completely ruling it out entirely. We’re taking parts of it where it makes sense, but we’re also redesigning what the overall programming of the legacy of the site would look like.”

The future of the site will still “be seeped in technology because this is a 5G site” she said.

Expo 2020 will open a sustainability pavilion to the public on January 22 until April 10. The opening of the new pavilion is a “teaser to the domestic audience” as well as the international one about Dubai’s idea of sustainability, Al Hashimi said.