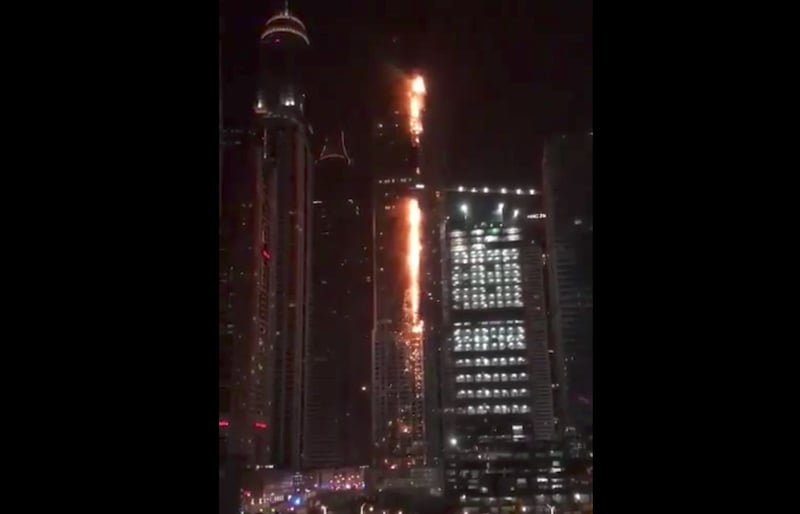 Dubai authorities have begun telling owners of high-rise buildings across the emirate to make the facades more resistant to fire, the government said on Saturday, after a string of skyscraper blazes.

The government did not specify how it would ensure that owners complied with the policy, which could be costly, or reveal how many buildings might be affected in the fast-growing city, home to hundreds of high-rise towers, including the world’s tallest skyscraper.

But it said it had already implemented the policy with a number of companies, including Dubai Properties Group, which is part of government-owned Dubai Holding.

Eyewitness reports and investigations have suggested that cladding fixed to the outside of buildings for decoration, insulation or protection may have contributed to the spread of many fires in Dubai over the last three years.

Global concern about cladding grew after London’s Grenfell Tower fire in June, which killed about 80 people. A public inquiry into the blaze is underway following initial reports that it spread throughout the residential tower because of flammable cladding used as insulation.

The United Arab Emirates, of which Dubai is a member, revised its building safety code in 2013 to require that cladding on all new buildings over 15 metres (50 feet) tall be fire-resistant.

But the new rules did not apply to buildings erected before that year, so the vast majority of the country’s skyscrapers fell outside the regulations.

Among Dubai’s skyscraper fires, a blaze hit the 337-metre, 79-storey Torch residential building last month, forcing hundreds of occupants to flee. It was the second fire at the building since 2015.

In August 2016, a fire damaged part of a tall building under construction in Dubai and in July 2016, a blaze broke out in Dubai’s residential, 75-storey Sulafa Tower. On the last day of 2015, a fire engulfed a 63-storey Dubai luxury hotel, forcing its closure for over a year.