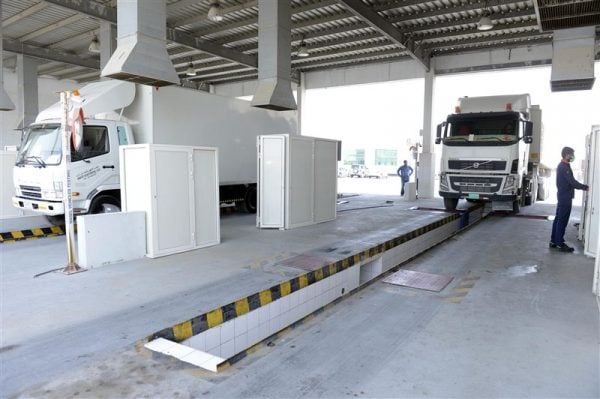 Dubai’s Roads and Transport Authority (RTA) has begun the initial stage of a monitoring programme for heavy vehicles that have been in service for at least 20 years.

From this month, trucks are being fitted with monitoring devices to enable staff at RTA’s Smart Monitoring Centre to monitor their driving.

The centre, which also monitors the performance of vehicle testing centres and driving institutes, will contact the police and RTA in case of any violations seen via the monitoring devices or surveillance cameras.

So far this year, the RTA has experimented on the use of the system on 577 trucks.

The authority has also carried out three inspection campaigns of heavy vehicles and in the final quarter it will compile information about heavy vehicle faults and driver conducts to built a database.

“Last year, RTA tested 99,642 heavy vehicles and 34,024 trailers. Vehicles of various types are being tested in Dubai according to the applicable rules periodically upon the expiry of registration to verify their compatibility with the approved technical standards issued by the Vehicles Licensing Department,” Al Tayer said.

The authority has also begun a training module of maneuvers for trucks connected to trailers and subjected drivers to medical screening at the time of issuing or renewing licences.

In the case of a breach, service providers are shown video clips and images of the violation.