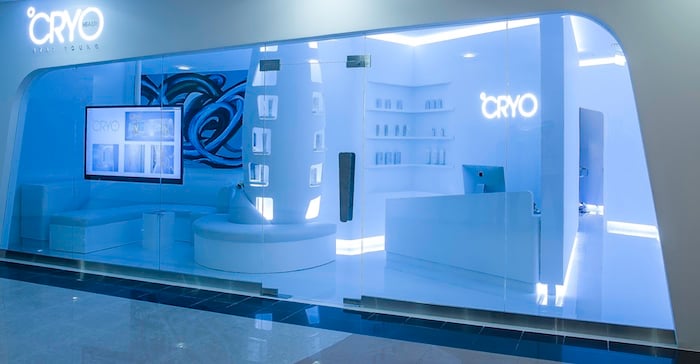 Dubai-based cryotherapy centre CRYO has announced plans to expand internationally and reach up to 12 locations by the end of this year.

The company, which was launched two years ago at Dubai’s Emirates Towers, is franchising new centres in Lebanon and the United States.

CRYO opened its first location in Beirut this June and will open a second unit in Hollywood later this year. The brand is also planning five locations in California, one in New York and one in Abu Dhabi, it said.

Managing partner at CRYO Benny Parihar said: “Cryotherapy is the fastest growing beauty and recovery application in a wellness market that will reach $265bn worldwide by the end of 2017.

“We saw this as an opportunity and started off with a simple idea. Today we are looking at about 10-12 locations by the end of 2015.”

While its customer base includes local professional athletes, the company is targeting more people from across athletic backgrounds.

Towards that end it has appointed former professional American football player Kristofer O’Dowd as vice president of Business Development. O’Dowd will work on collaborating with athletic clubs and facilities, a statement said.

The health and wellness market in the region is expanding rapidly, mainly goaded by tourism. A recent report predicts that the wellness tourism market in the Middle East and North Africa will reach $16.6bn by 2017, up from $5.3bn in 2012.

Within the region, the United Arab Emirates was found to be the fastest-growing market for wellness tourism, with an annual growth rate of 17.9 per cent.