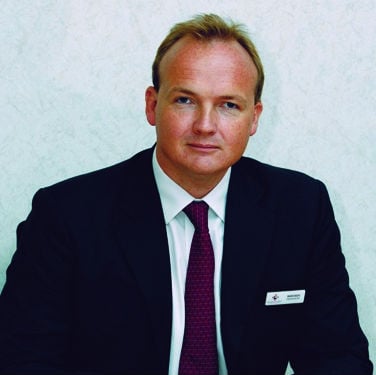 Two Dubai-based businessmen have been named in Her Majesty The Queen’s Birthday 2013 Honours List, for “outstanding work in strengthening relations between the UK and the UAE”.

Mark Beer, registrar of Dubai International Financial Centre Courts and former chairman of the British Business Group, Dubai and Northern Emirates has been awarded an OBE for services to British and Emirati business co-operation and enhancing legal cooperation in Dubai.

Beer is the immediate past chairman of the group that was twice recognised as being the Best British Business Group globally.

Joseph Tabet, chairman and managing director, Frayland, Dubai, UAE was awarded an MBE for services to furthering UK-UAE relations, and he has similarly made an important contribution “to collaboration between top class British and Emirati businesses”.

Her Majesty’s Consul General in Dubai, Edward Hobart said: “They have each made a unique contribution to the partnership between the two countries, and the UAE’s extraordinary development over the last few decades.”

He added Frayland is a familiar name in Dubai, while the DIFC Courts are “an example of the excellence which make Dubai an attractive business destination as well as representing the best of British and Emirati collaboration”.

Beer said has was grateful for having had the opportunity to play a role in further strengthening UK trade and legal co-operation and wrote on Twitter: “A very proud day – still can’t believe it. Am enormously honoured.”

Tabet thanked all those who nominated him for such an honour and said he was “truly humbled by my peers”.