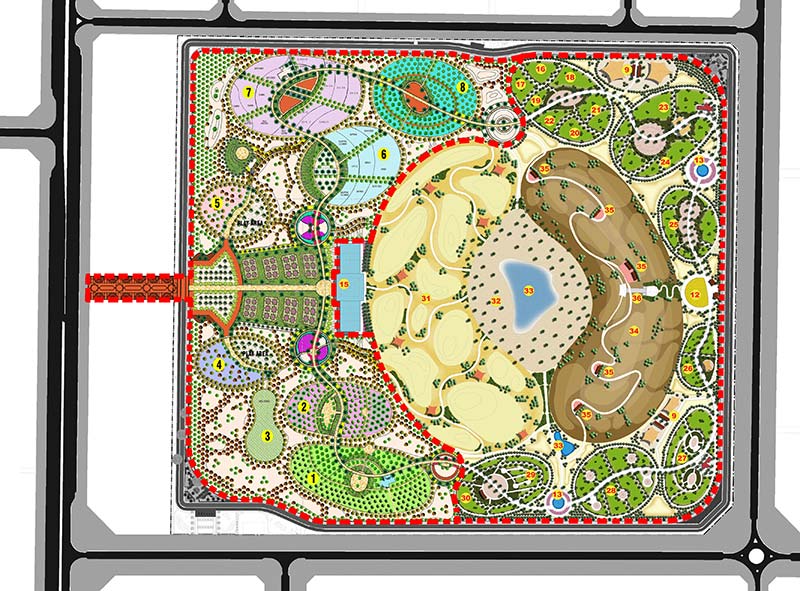 The two attractions are considered key elements of the park, which is designed in the style of the famous Andalusian gardens in Southern Spain.

The Glass House will feature plants mentioned in the holy book and shops selling them, while the Cave of Miracles will outline the miracles presented in the pages using the latest interactive technology.

“The Quran Park is a great opportunity to explain the meanings of a lot of wonders and miracles mentioned in the Holy Quran in the scientific and medical fields, and the benefits of the plants mentioned in the Holy Quran and how modern medicine is highly dependent upon these plants for treatments as well as their environmental benefits,” said Dubai Municipality director general Hussain Nasser Lootah.

Originally scheduled to open in September 2015, the 60-hectare park is now expected to open next year in an area known as Al Khawaneej area near Dubai International Airport.

The wider Quran Park will feature 12 gardens and contain 54 plants mentioned in the Holy Quran as well as solar trees offering Wi-Fi, solar charging and shade.

Other facilities will include a childrens’ play area, an Umrah corner, outdoor theatre and cycling and running tracks.