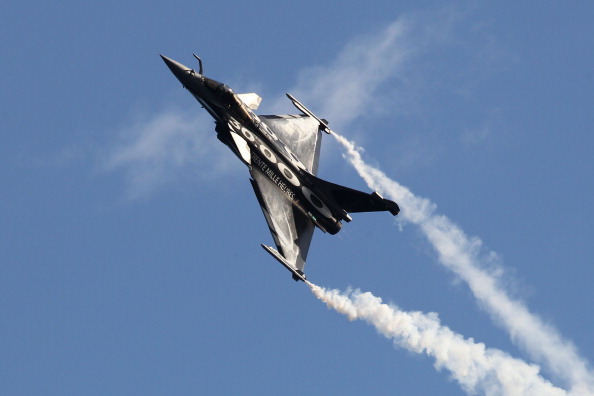 The United Arab Emirates (UAE) has yet to choose a supplier for its next fighter jets, a deal closely contested by Britain and France, a Gulf source familiar with the arms market said on Sunday after a visit by British Prime Minister David Cameron.

French firm Dassault’s Rafale jets and the BAE Systems -backed Eurofighter Typhoon are in a tight race to win the deal for at least 60 new aircraft to replace the UAE’s Mirage fleet.

The Gulf source said Cameron’s visit to the Dubai Air Show had evidently raised expectations in the British media about a possible decision in Britain’s favour.

But any decision, whichever way it went, lay in the future.

“Cameron is pushing. It’s normal. But others are pushing too,” the source said.

“There are other bidders. It’s a process.”

Boeing is also in contention with its F-15 combat aircraft, the source said.

The Eurofighter, built by BAE, EADS and Italy’s Finmeccanica, is being marketed in the Gulf region by BAE, which is finalising and chasing deals in Saudi Arabia, Qatar and Bahrain.

“I don’t want to overestimate but I think we are making progress. We are part of a BAE-led team and are very keen to support the campaign,” said Tom Enders, the chief executive of EADS.

“The prime minister had a very good visit yesterday and we are in discussions with our UAE colleagues, and the companies are here, and everything is rolling forward so we will see what happens.

“We have a multi-stranded defence and security relationship with the UAE which is about much more than Typhoon. Typhoon is an important part but there are many other parts to this relationship that we are building and strengthening all the time.”

The UAE had been expected to finalise an agreement for the Rafale last year, but talks faltered following visits by Cameron and after the UAE said the terms were unworkable and uncompetitive.

Industry sources familiar with the Eurofighter had said they were hopeful for a step towards the 6 billion pound ($9.6 billion) deal at the air show, such as the signing of a memorandum of understanding or contract.