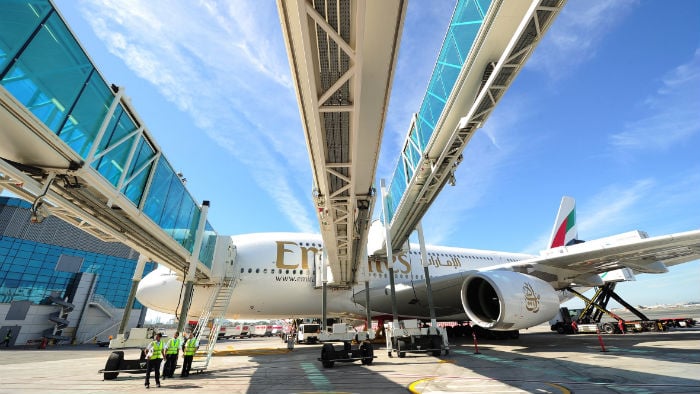 Dubai Airports has commissioned work on a project to expand the number of A380 stands at Dubai International’s (DXB) Concourse C.

The airport operator said the work would increase the number of A380 gates on the concourse from three to 13 and was designed to accommodate Emirates’ growing fleet.

It will increase the total number of gates capable of handling the A380 at Dubai International to 47, more than any other airport in the world, according to Dubai Airports.

Emirates and Qantas now exclusively use concourse C after it was merged with Terminal 3 following the opening of the $1.2bn Concourse D in February.

The upgrade work is due to be completed by the end of 2018 after beginning in the third quarter.

It forms part of the wider ‘DXB Plus’ programme to boost the airports capacity to 118 million passengers per year by 2023 without building any additional major infrastructure.

Concourse C will be refurbished under the project, with redesigned gate hold rooms, increased airline lounge space and “ambiance enhancements”.

“Considering the traffic growth at Dubai International and the central role the airport will continue to play for the aviation sector as well as Dubai’s economy over the next 10 years, it is vital that we provide additional capacity while enhancing our customer service. We believe this first project under DXB Plus will deliver on both fronts,” said Bryan Thompson, SVP of development at Dubai Airports.