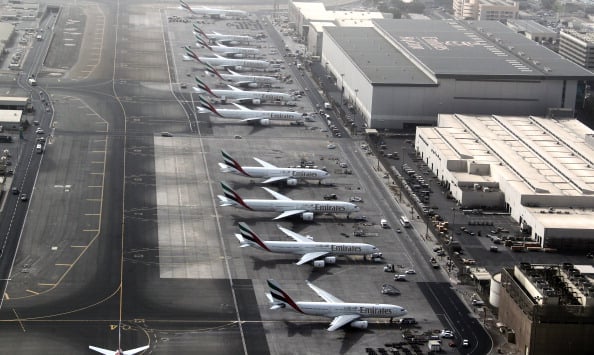 The relatively “modest growth” was the outcome of the holy month of Ramadan falling in June, a traditionally slow month, a statement said.

Meanwhile, during the first half of the year, passenger traffic grew 6.3 per cent to reach over 43 million.

During the first six months, the top country destinations in terms of total passenger volumes were India (5.9 million), Saudi Arabia (3.1 million), the UK (3.06 million), Pakistan (2.2 million) and the US (1.56 million).

Flight movements in the first half of the year totalled 205,996, up marginally (0.9 per cent) compared to the same period in 2016, a marginal contraction of 0.9 per cent.

“We are pleased with the growth in the first half, and with the rush of travellers expected to hit peak at the end of school holidays later next month, we are looking forward to another quarter of positive growth,” said Paul Griffiths, CEO of Dubai Airports.

“We will continue to focus on improving service quality at DXB by bringing in new experiences and services,” he added.

Saj Ahmad, aviation analyst at StrategicAero Research, predicted that the second half of the year will see increased traffic driven in large part by the upcoming Dubai Air Show in November.

“Despite the slower growth in June in contrast to a year ago because of Ramadan, the contined drive for expansion at Emirates and flydubai leads the way in traffic growth,” he said.

“With the lifting of the US laptop ban, we’ll see a sharper rise in US-bound traffic at Emirates as well going forward – this’ll bolster demand, better improve Emirates’ earnings and possibly lead to reinstatement of flights to cities like Seattle and Boston where services had dropped from double to single daily flights,” he opined.

The US lifted a ban on laptops and other large electronic devices in the cabins of US-bound flights from Dubai in early July, after imposing the restriction in March.