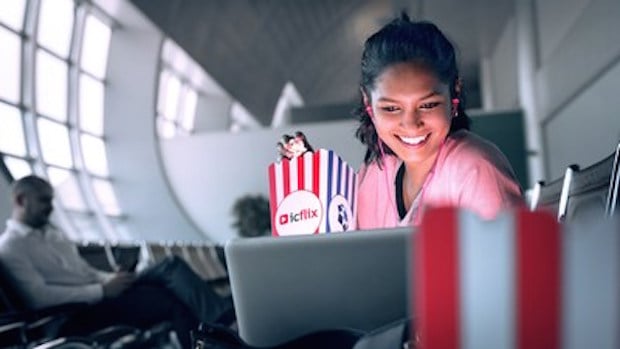 Passengers can watch movies and TV shows before their flights using the free wifi at the airport.

The video-on-demand service is complimentary to all DXB passengers for an initial trial period of two months, a statement said.

Following the trial, Dubai Airports and ICFLIX will assess customer feedback and options for future services.

“Dubai Airports is on a mission to engage more directly with our customers, and transform the airport experience for millions of travellers each month,” said Eugene Barry, executive vice president of Dubai Airports’ Commercial and Communications Group.

“Thanks to our partnership with ICFLIX, travellers at DXB can now enjoy a wide range of streamed entertainment before and between flights, and this is a service which is completely free of charge to users. We are delighted with this new addition to our consumer strategy, and look forward to evaluating its impact,” he said.

Dubai Airports has rolled out several initiatives in recent months including free wifi, the first Jones the Grocer in an airport, and a new sleep lounge ‘sleep ‘n fly’.

Several other major projects in the pipeline, the statement added.

Dubai International – the busiest airport in the world for international passenger traffic – recorded its busiest month on record in July with over 8.06 million passengers.

Overall, the airport welcomed over 51.1 million passengers during the first seven months of the year, up 6.2 per cent compared to the same period last year.