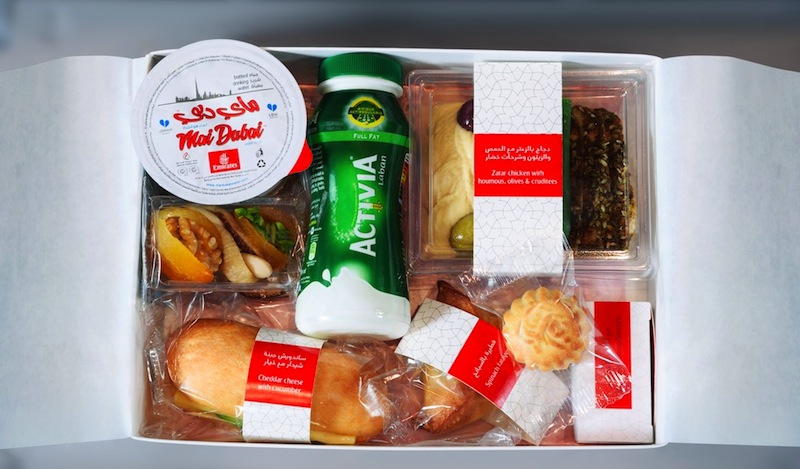 Dubai airline Emirates will offer its iftar service for customers during the month of Ramadan – expected to begin on May 27.

The special meals will be available to passengers across all cabin classes on select Emirates flights, including flights to and from the GCC region as well as on flights catering to Umrah groups travelling to Jeddah and Medina during the month of Ramadan, a statement said.

Emirates’ iftar boxes include options such as za’atar chicken with hummus, spinach fatayer, halloumi cheese and cucumber sandwiches, and traditional sweets such as maamoul and dates, as well as yoghurt. Menus will be refreshed mid-Ramadan.

During the holy month, cold meals will be served in lieu of a hot one on all flights to Jeddah and Medina, including Umrah day flights.

The airline said it calculates the timings for Imsak (the time to commence fasting) and iftar while in-flight using the aircraft’s longitude, latitude and altitude and “ensures the greatest level of accuracy possible while on board”.

When the sun sets, passengers will be informed of the iftar time by the captain.

Trays of dates and water will also be provided at boarding gates allowing customers to break their fast prior to boarding, or while boarding at Emirates’ hub in Dubai International Airport Terminal 3 and other Emirates destinations.