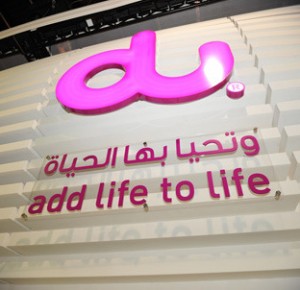 UAE telecom operator, du, announced an alliance with US firm Equinix Inc on Tuesday that will offer faster internet speeds in the GCC from the start of next year.

The $80 million data centre, which will be located in Dubai, will be the first of its kind in the Middle East.

In a joint statement the new partners said it’s use won’t be restricted solely to du, meaning other operators in the region will also be able to benefit from it.

The California-based company has bought the newly-built data centre in Dubai and is planning to invest $40 million in the project. The firm already has around 90 data facilities globally and 4,000 customers.

Local operator du will invest a similar amount of money as it seeks to provide connectivity and managed services to tenants over the next five years.

Financial institutions, internet content providers and telecom carriers from other regions are expected to benefit once the system becomes operational in January 2013.

“People’s expectations about the speed of throughput and content is constantly rising and there are many technologies to improve performance, but one of the fundamental ones is to locate the content as close as possible to the end user,” Eric Schwartz, Equinix president for Europe, Middle East and Africa, told reporters on the sidelines of a news conference.

“With this facility the more applications and content that are located here in the Middle East versus being served somewhere in Europe or Asia, people will see meaningful performance increases.”

Mahesh Jaishankar, vice-president for investments at du, said the majority of data to be held at the centre will come from international firms using it as a hub to re-route traffic locally and to other regions.

The new alliance is also planning a second facility in Abu Dhabi.