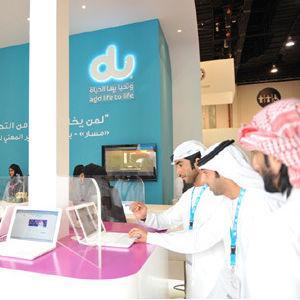 Du has announced it is to offer a 4G 100mpbs broadband service from next month, making it the fastest connection available in the UAE.

The new 4G LTE fibre optic service will be more than four times the current fastest speed offered by the operator.

“Du is focusing more on the data than the voice. We are investing heavily on infrastructure for mobile broadband customers,” said Du’s chief commercial officer, Farid Faraidooni, speaking to Gulf News.

According to Faraidooni consumers no longer view their number of minutes or SMS as a priority.

“They are bothered about how fast my broadband is and how easy it is. We have done a survey, and what we got from the feedback is that the customers are always on the move,” said Faraidooni.

“Consumers have become generators of content. We are introducing ‘real home broadband premium’ where you can enhance your upload speed.

“It can go to a maximum upload speed of 6mbps for a 24mpbs download speed. We will be offering six times faster than our competitor at the same price.”

Etisalat currently offers a 30mbps service, while STC in Saudi Arabia gives customers speeds of up to 200mbps.

Du currently services 27.8 per cent of the UAE’s population and will offer the new service to all its customers. Faraidooni said pricing would be reasonable but would not give further details.

Despite extending the new service to tablet devices, tests have shown Apple’s iPad does will operate on the new spectrum.

“Customers can buy a tablet from the market and insert a 4G LTE-enabled sim card and start using it,” Faraidooni said.

“You don’t need any configuration settings. We are ready for 4G LTE smartphones also, but we don’t have a device that works on 1800mhz spectrum.”