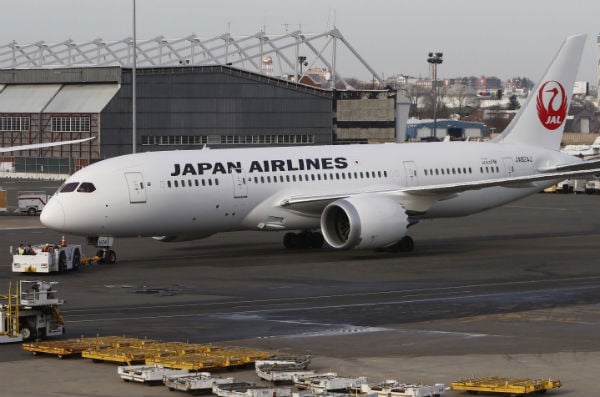 Boeing has been hit by further setbacks to its heralded 787 Dreamliner aircraft after two planes suffered faults in successive days, adding to its growing list of problems.

The two planes, both operated by Japan Airlines, were grounded at Logan airport in Boston over Monday and Tuesday after smoke filled the cabin of one aircraft and a fuel leak stopped the other from taking off.

The grounded flights are the latest in a string of growing pains the US-manufacturer has faced with the model. Qatar Airways grounded one of its three Dreamliners last month after discovering an electrical problem that also grounded two 787s belonging to United Airlines.

At Logan airpot on Monday, a battery in the auxiliary power unit suffered fire damage, pouring smoke into the cabin shortly after passengers had disembarked from the plane, having landed from Tokyo.

On Tuesday, a fuel leak forced the Dreamliner to taxi back to the gate and allow all 178 passengers off, after 150 litres of fuel spilled onto the runway shortly before takeoff. The leak was spotted by a pilot in a nearby aircraft.

Last month the US Federal Aviation Administration issued a formal warning after it had discovered errors in fuel-line assembly.

Speaking at the time of grounding one of Qatar Airways three Dreamliners, Al Baker said: “One of our Dreamliners has the same problem that the United plane had and I am very disappointed in Boeing. We will demand compensation (from Boeing)… we are buying planes from them to use them, not to put in a museum.”

Early in December, a United Airlines Dreamliner with 184 people aboard was forced to make an emergency landing after one of six power generators failed.

Qatar Airways has placed orders for 60 Dreamliners – 30 firm and an option for 30 more.

Al Baker said he was concerned that two airlines finding the same fault may indicate the presence of a wider, systemic problem with the U.S. made jets.

“Two aircraft having the same major problem so quickly is a cause of concern,” Al Baker said. “Boeing need to get their act together because the delay of more than three years in delivery forced us to slow our expansion plans.”

Aside from the latest mechanical issues to hit the 787, production problems had previously delayed its arrival by three and a half years.

Boeing shares dropped 2.6 per cent to $74.13 on news of the latest problems yesterday.

Click here to see Al Baker’s full response to the latest problems to hit the Dreamliner.