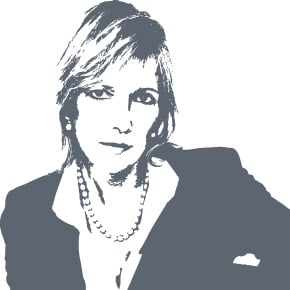 This summer will see the first anniversary of the UK Bribery Act coming into force. As it is a British law affecting British companies, it might seem irrelevant for UAE businesses.

However, the UK ranks ninth on the list of the UAE’s largest trading partners, with trade valued at Dhs58 billion last year and expected to reach Dhs69 billion by 2015. Therefore, legislation with the potential to affect businesses trading between the two nations should be carefully examined.

This Act does have the potential to affect trade with the UAE. It is meant to be part of the international fight against corruption, and to prevent exploitation by ensuring that British companies always act abroad in a fair and transparent manner. However, it is also very widely drafted and has been described as “the toughest of its kind in the world”. As well as forbidding the giving or receipt of anything classified as a bribe, it contains a ban on bribing foreign officials, and creates a new offence of “failure to prevent bribery”; holding organisations responsible for actions taken by a third party on their behalf.

Making business fairer and more competitive is good news for national economies, as they become more attractive to legitimate investors, but there is a possibility that this could pose challenges where agencies in the UAE work with UK companies. As the British organisation could be held liable for any actions taken on their behalf, this may affect how they select their business partners, meaning agencies might need to demonstrate they have active policies that comply with the British law. There are also potential pitfalls when working across cultures; it is not uncommon in some countries for presents to be given as a mark of respect or a matter of etiquette. However, in certain circumstances this could be considered a bribe under the new British law.

Companies that do deal with UK businesses and familiarise themselves with the law will be at an advantage; agencies and representatives will be able to demonstrate that they meet the UK company’s compliance criteria, whilst companies dealing with British businesses will be able to avoid potentially embarrassing misunderstandings.

The British Ministry of Justice has set out six principles that UK companies should follow, in order to demonstrate they have adequate safeguards against allowing bribery:

Top level commitment – management must ensure they can demonstrate engagement with bribery issues and ensure staff and those they do business with understand bribery is unacceptable;

Risk assessment – organisations must make periodic assessments of their exposure to internal and external risks of bribery;

Due diligence – organisations should undertake proportionate, risk-based approaches to due diligence in respect of people who will act on their behalf

Monitoring and review – organisations should monitor the effectiveness of procedures and improve if necessary.

By being better aware of the Act and the requirement on UK businesses, UAE companies can strengthen their position as attractive UK trading partners. Further guidance for UAE businesses on the Act can be found on the ICAEW website.