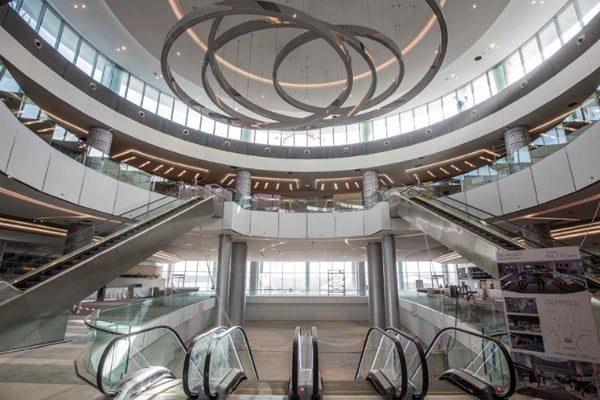 Doha Festival City, a $1.8bn mall and mixed-use development in Qatar, will now officially open in April, having previously been scheduled for launch in September 2016 and then the first quarter of 2017, an official has confirmed.

Kareem Shamma, the CEO of the firm responsible for the project’s delivery – Bawabat Al-Shamal Real Estate Company – outlined the new date and said the process of handing over to retailers was well underway.

“In simplest terms we are now moving out of the construction and into the operational phase,” he said.

The repeated delays to the mall’s opening meant that $1.48bn rival Mall of Qatar was able to get a head start on Doha Festival City with a soft opening on December 10.

However, Shamma said he expected the entertainment and hospitality offerings at the mall, which is claimed to be the largest in Qatar and one of the biggest in the Middle East, to draw the crowds.

“There is no doubt that there has been a sharp increase in the retail space in Qatar in the last year or two, but Doha Festival City is far more than just a mall. We are excited to be bringing a destination to Qatar that has never been seen before – it is about entertainment and hospitality as much as it is retail,” he said.

Doha Festival City will feature more than 500 local and international brands, including Qatar-first openings for Harvey Nichols and ACE Hardware, and 100 dining options.

The parks are scheduled to open in the second quarter with Virtuocity to come first, followed by Angry Birds, Snow Dunes and Juniverse.

Shamma said the attractions aimed to appeal to a shift in Qatar’s retail sector from traditional shopping malls to “all day entertainment destinations”.

“With Doha Festival City we challenged ourselves to create a destination far beyond a shopping mall that would deliver just this,” he added.

After the opening, work at the overall site will continue with plans to break ground on a five-star hotel and convention centre this year. These are planned to open in 2019.