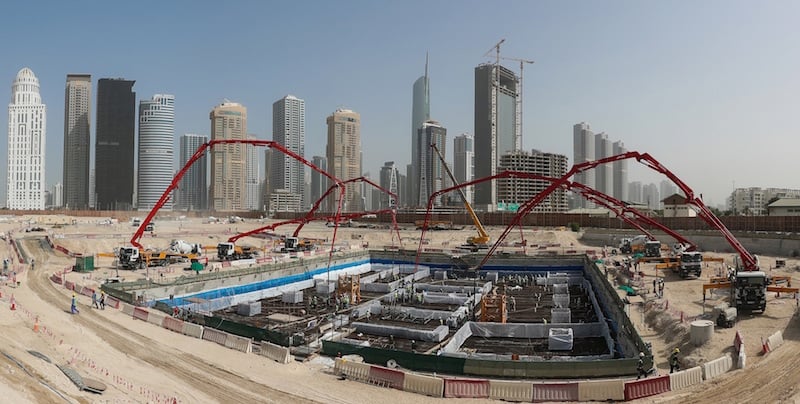 The contract for the 78-storey building was awarded after an “extensive and competitive international tender process”, a statement said.

It will also feature luxury hotel rooms and suites in partnership with Accor Hotels’ luxury lifestyle hotel brand, SO/ – its debut project in the Middle East.

In August, DMCC confirmed that foundation works for the tower had been completed.

“Awarding Six Construct the contract to construct Uptown Tower is an important step in bringing the much-anticipated Uptown Dubai district to life. The quality on show from the bids received was incredibly high,” said Ahmed Bin Sulayem, executive chairman, DMCC.

Located close to DMCC’s Jumeirah Lakes Towers (JLT), the Uptown Dubai development – formerly known as Burj2020 – will include more than 10 million square feet of grade A commercial and residential space, more than 200 retail and food and beverage outlets and 3,000 residences.