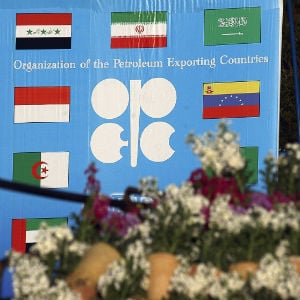 It was far from business-as-usual at OPEC’s 159th meeting in Vienna in June. Early rumours from the Saudi Arabia camp all pointed to a definite increase in production and the conference began in an optimistic mood with the market expecting more oil. The international media carried the message loud and clear and markets reacted favourably to the downside. So the world reacted with shock when the OPEC president and acting Minister of Petroleum from Iran announced that the ministers were unable to reach a decision.

“The most important issue is the production ceiling,” he said. “No-one really opposed the production increase but it was the timing and the amount of the increase that was discussed.”

The uncertain state of the global economy was top of the agenda, as was the need to replace missing barrels due to the unrest in Libya. The OPEC Secretary General, Abdalla Salem el-Badri assured the market there was no danger of a shortage of oil, but said a unanimous decision was not possible.

“OPEC is not in crisis,” he said and emphasised there was plenty of spare capacity and enough oil on the market despite this situation. “We debated very thoroughly, we have many points of view but, unfortunately, we were unable to reach a consensus to change production.”

This surprise announcement caught the market off guard and the oil price rose in afternoon trading. Analysts might not have welcomed this situation, but some could appreciate the dilemma OPEC faced. “There were definitely some tensions,” said Jason Schenker, president of Prestige Economics, “but everyone has to do business and countries have different views on what the future of demand looks like.”

El-Badri also emphasised there was plenty of spare capacity available, more than four million barrels and said “the object was to increase the production in the third and fourth quarter,” where OPEC data sees a rise in demand. He added that it was “the uncertainty of the world GDP growth, global inflation, unemployment, sovereign debt and manufacturing decline that made the decision very difficult.”

Sean Evers, managing partner of the Gulf Intelligence, based in Dubai, said OPEC usually managed to find consensus at meetings and said it was interesting that this time, “they chose to emphasise there was disagreement.” He added that it was also important they clearly signalled to the market that “there were some members who wanted to increase the quota and Saudi Arabia, particularly, wanted to increase quotas.”

While the oil price shot up temporarily after the meeting, it has since calmed down with WTI trading below $100 a barrel and Brent Crude still around $111 a barrel. Speaking in London in June El-Badri stressed that $100 oil was “not harming the global economy.”

Many OPEC ministers hope the situation will be solved with behind-the- scenes dialogue in the coming months. According to El-Badri, the OPEC members can handle this disagreement amicably, additional oil needed on the market will be met by individual members and Saudi Arabia has made it clear they will take the lead.

An extraordinary meeting can be called later in the year if need be but, for now, the next scheduled meeting of the OPEC conference will be in early December in Vienna. Industry watchers and analysts
hope it will be business as usual at OPEC’s 160th conference.