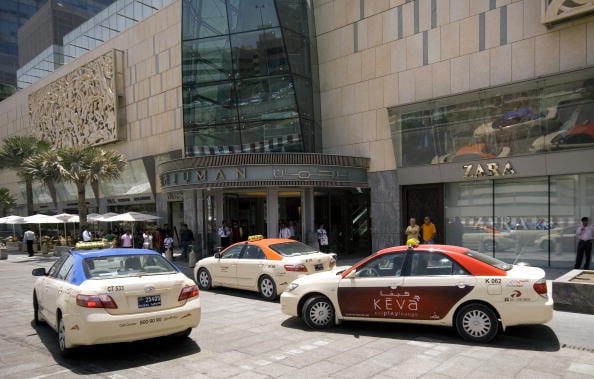 How much do you enjoy advertising in taxis? And, would you like to see videos on windows?

These two questions are very much related, as Dubai’s Roads and Transport Authority (RTA) is launching a test-run of digital advertising on taxi windows.

The RTA is running the trial at GITEX Technology Week, which opened on Monday, October 6 at the Dubai World Trade Centre. In a statement, the RTA said the advertising would be displayed “through an innovative electronic shading that does not cause inconvenience to riders and at the same time enables the public as well as road users to see the advertising content in full HD format.”

It was not mentioned when the digital advertising on windows would be rolled-out across the entire Dubai tax fleet, which consists of thousands of vehicles.

The RTA also announced new ‘smart gates’ for metro stations in Dubai that will be fitted with HD cameras with 3D sensors. According to the RTA, the goal is to prevent wheelchairs and prams from colliding with the electronic entry gates that open and shut when someone scans their ticket or metro card (known as a Nol card).

The largest annual tech event in the Middle East, more than 100,000 people are expected to attend the 39th edition of GITEX by the time it closes on Thursday, October 10.