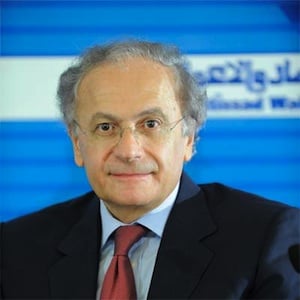 Deutsche Bank said on Sunday that its Middle East, North Africa (MENA) chairman Henry Azzam, a veteran in the region, has stepped down from his position at the German lender.

“We confirm that Henry Azzam has stepped down as MENA non- executive chairman of the bank. He remains as an advisor to Deutsche Bank,” a spokesman told Reuters.

Azzam was named non-executive chairman of the bank in 2010. Prior to that he was chief executive of the bank’s Middle East business.

He is regarded as one of the region’s top economists, having written five books on local finance models. The economics guru is also a regular entrant in regional ‘influential people’ rankings.

Azzam joined Deutsche Bank in May 2007.